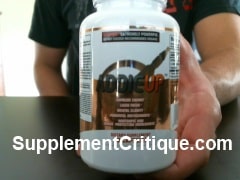 For men and women dealing with ADD/ADHD issues, there certainly is no shortage of doctors out there that are ready and willing to write a script for Adderall at the drop of a hat. The drug, which is used by millions of men, women, and children throughout the US, has also become very popular with the college crowd looking to get an edge in class or spend all night studying for a test.

I recently started looking heavily into nootropic supplements that mimic the effects of Adderall, but don’t require a prescription. One recent over the counter supplement I’ve tested is called Addieup, which is a pretty clever name considering the market they are going after. So how does Addieup compare to Adderall and other stimulant meds? Find out more in my comprehensive review below.

First up is Adderall, which is manufactured and sold by a company called Shire Pharmaceuticals. Obviously because it is a prescription medication, you need to visit your doctor to get it. Adderall is a mixture of amphetamine salts that is available in immediate release tablets and extended release versions, which are sometimes combined together on a daily basis.

It is designed to help men and women suffering from ADD / ADHD issues, and works by increasing focus and concentration, as well as memory retention. Its actually what’s known as a schedule II drug in the US, and is classified as a central nervous system stimulant that requires strict control by the FDA and DEA.

With Adderall, there are numerous side effects ranging from dependency and addiction issues, to high blood pressure and in some cases death. 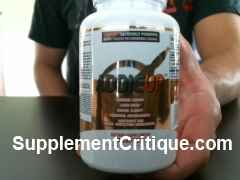 Addieup on the other hand is an over the counter adderall alternative supplement that is designed to “mimic” the effects of adderall using all natural ingredients, effectively making it a replacement. The primary ingredient is DMAA, which is a controversial substance you’ll find in alot of pre workout and weight loss supplements. It also contains a number of other ingredients, including caffeine, guarana extract, yerba mate, choline, and ginkgo biloba.

Addieup is obviously available without a prescription, and therefore can be purchased legally online on their official website. At this time it is not available in any stores. With Addieup, side effects include headaches, insomnia, and irritability.

Where Can You Buy Adderall and Addieup?

Adderall is only available with a prescription, and the price depends on a number of factors including the type of insurance you have, whether or not you opt to take the generic version, and local pricing. Without insurance, it can be a VERY costly drug, typically hundreds of dollars for a one month supply. The generic version is available at a significantly lower price.

Addieup costs about $49 for a one month supply, and they offer discounts for bulk orders of 3 and 6 months.

My personal experiences with Adderall and Addieup

I’ve used Adderall a hand full of times, and the effects were great. I got a ton more done in half the time, and it made me much more productive, focused, and alert. The downside was after some time I started to develop somewhat of a tolerance to it, and it started to work less and less. I also noticed a few odd side effects like my eye twitching, decreased appetite, and i felt kind of irritable at times.

With Addieup, I noticed the same effects as Adderall as far as the concentration and focus, but it seemed like it only lasted half the time. While adderall seemed to start working in about an hour, it seemed like it took Addieup a bit longer to kick in, say more like 2 hours. Keep in mind that I only typically use one pill on an empty stomach, even though the directions call for 2 capsules.

As far as the side effects with Addieup, the only one I noticed was sinus pressure, which seemed to go away in a few hours. I didn’t get that “zombie like” experience like you get with stimulant meds, and I had no trouble sleeping that night.

As far as my recommendation, Addieup works very similarly to Adderall, Ritalin, and Vyvanse, but obviously there is no REAL substitute for prescription medication. But if your looking for something all natural that can work similarly to adderall, Addieup just might be worth it.

Have You Used Addieup? Leave Your Review Below!

10 comments on “Addieup Vs Adderall – Does Addieup Work Just As Good?”