So it’s been a few years since I had a Youtube account, and to be honest, it hasn’t really bothered me that much.

You see, about 6 years back when I started this site video posting / sharing sites like Youtube were nowhere near as popular as they are today.

Now that mobile phones have basically become pocket sized video cameras and TV’s, sites like Youtube have soared in use and popularity.

I used to post my video reviews on Youtube because, let’s face it, some people would rather watch a video than read a 1500 word review of a product.

I did this for about 2 years when all of a sudden I got this email: 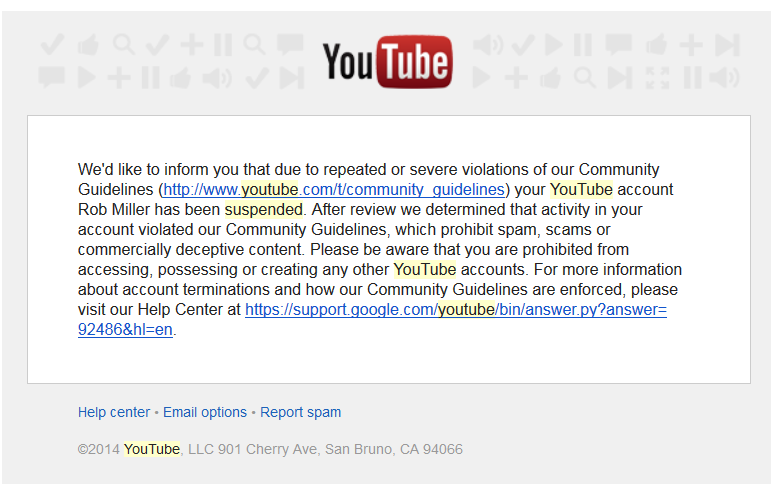 Of course, when I asked what guidelines I violated I didn’t receive a response, which is typical from a company the size of Youtube.

What had I done wrong?

Here I was giving my honest and straightforward feedback of supplements that I personally tested, and I’m basically being told ‘sorry, we don’t like what you’re saying, so you’re not gonna say it on our site’.

I posted the same videos and within weeks was sent another email telling me my account had been suspended.

They must have used something to identify who I was, and have basically banned me for life.

How Did This Happen?

I’m not really sure what triggered this ban, mainly because Youtube doesn’t tell you what you did wrong.

They just ban you.

When you asked them what you did, they say “you violated our guidelines”, which if you actually read the guidelines they are intentionally vague.

Essentially, you need to be a lawyer to understand them exactly.

What actually triggered it?

My best guess is that one of the supplements which I probably rated poorly decided to buy “dislikes” and “flag video as inappropriate” on Youtube.

What do you mean “Buy dislikes and flag video as inappropriate?”

Well, that’s actually such a thing.

If you search Google for “buy youtube dislikes” there’s no shortage of companies willing to sell them. 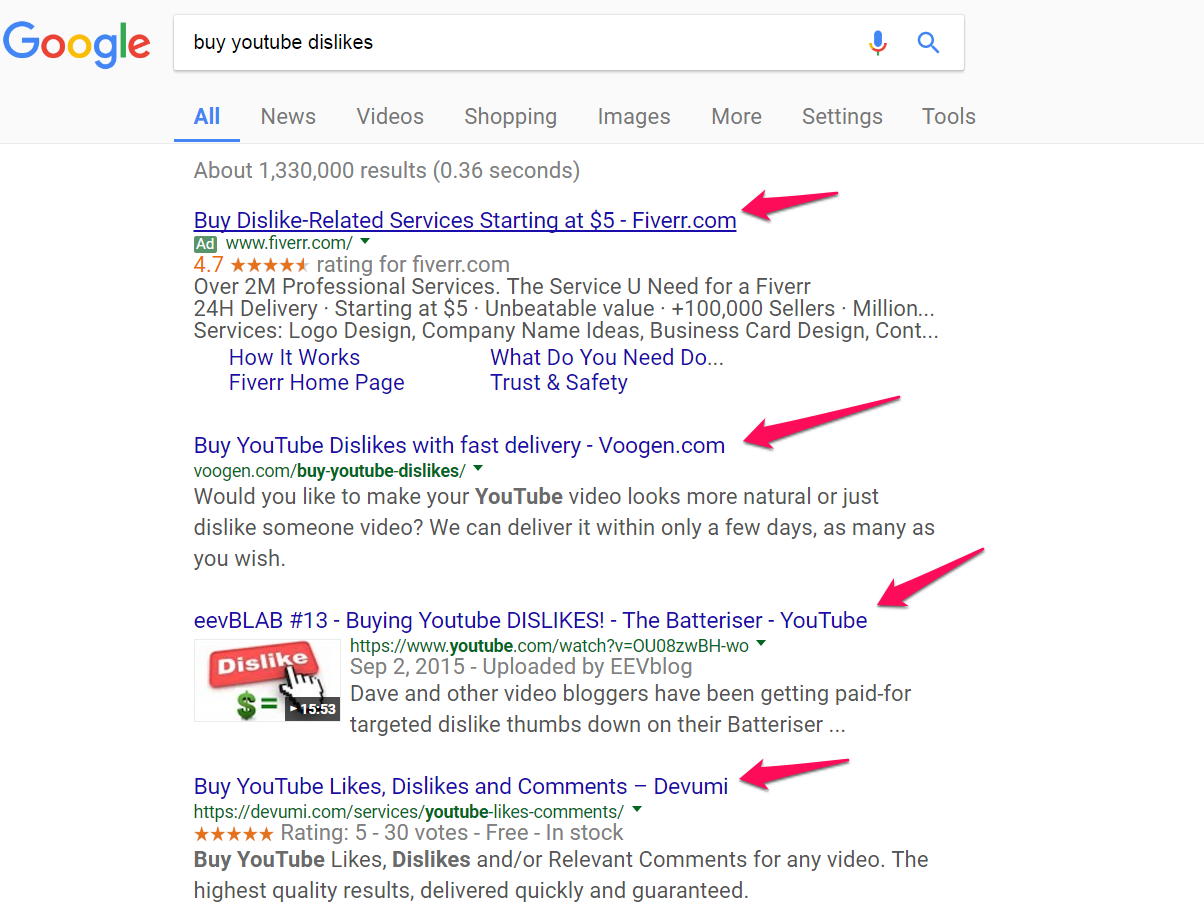 You can literally go to one of these sites, tell them which youtube video you want “disliked”, and even buy a certain quantity of dislikes.

How This Affected Me

So basically Youtube uses the ratio of likes to dislikes to determine how to rank a video, both on Youtube and Google.

If the amount of dislikes exceeds the likes by a certain percentage, they will devalue or lower the ranking of that video.

And in some cases (like mine) it will trigger a “manual review”.

In my opinion, a manual review is more like some 19 year old intern sitting in front of her computer chewing bubble gum and talking on the phone with her BFF, just clicking the delete button over and over again for flagged videos.

So How Does This Affect You?

Well, Youtube has changed a lot over the years. Instead of seeing quality video reviews of supplements like the ones I used to have, you see stuff like this:

And you’ll even find guys who have LITERALLY stolen my videos and pawned them off as there own.

I’ve had to submit dozens of copyright claims to Youtube to get them removed. 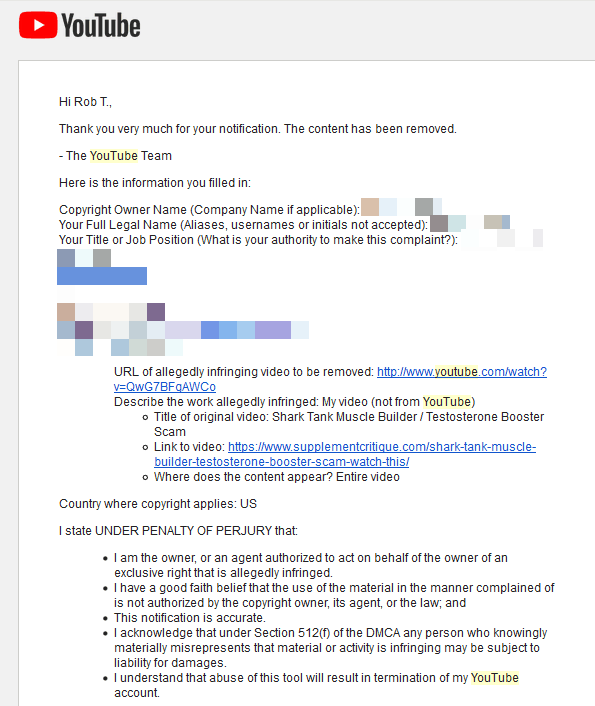 So when you search for a review of a supplement like Alpha Fuel, you’ll see this guy:

Who is really this guy: 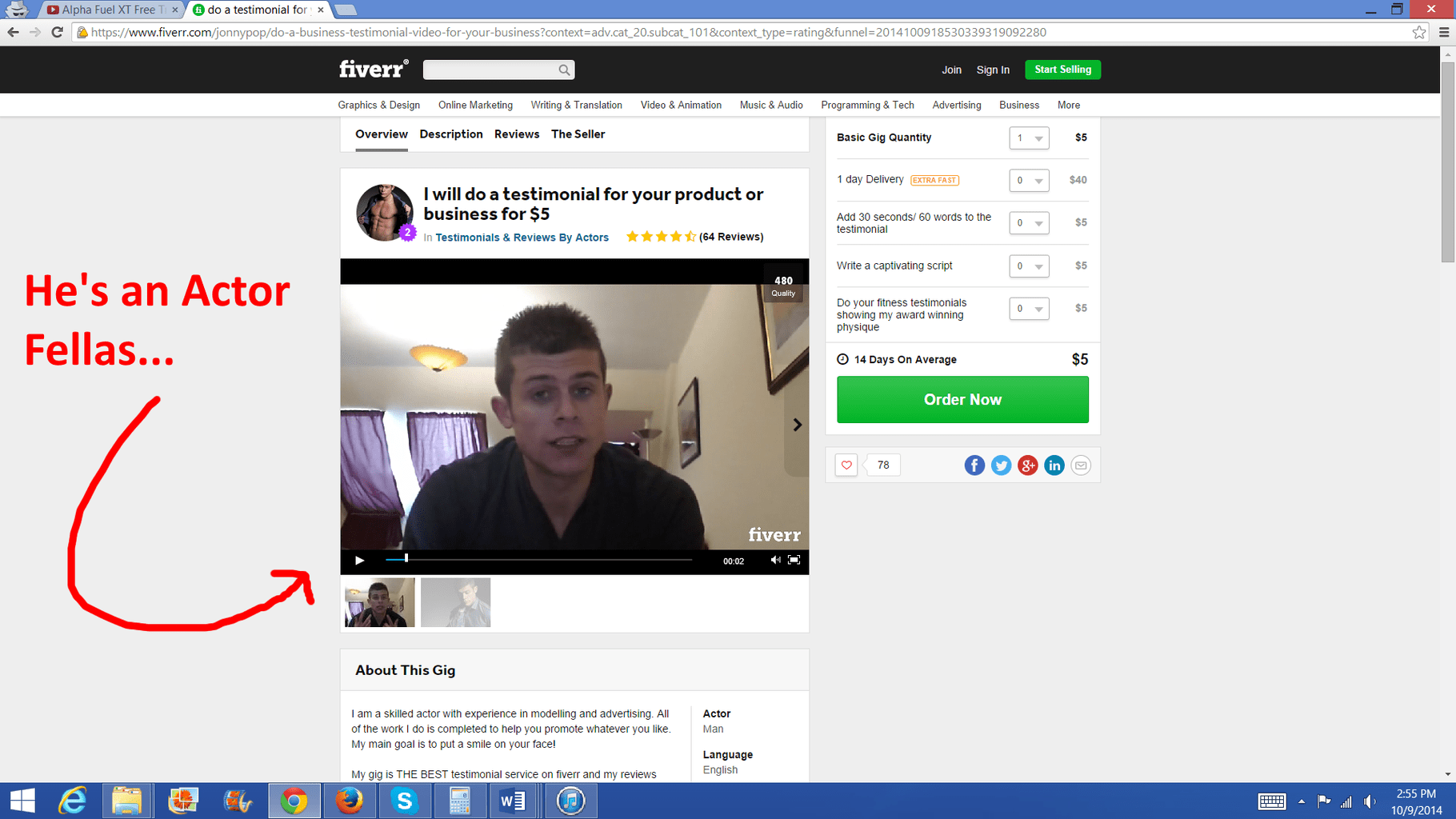 Or another supplement called Geniux, which is reviewed on Youtube by this gentleman.

Who again is another paid actor from Fiverr: 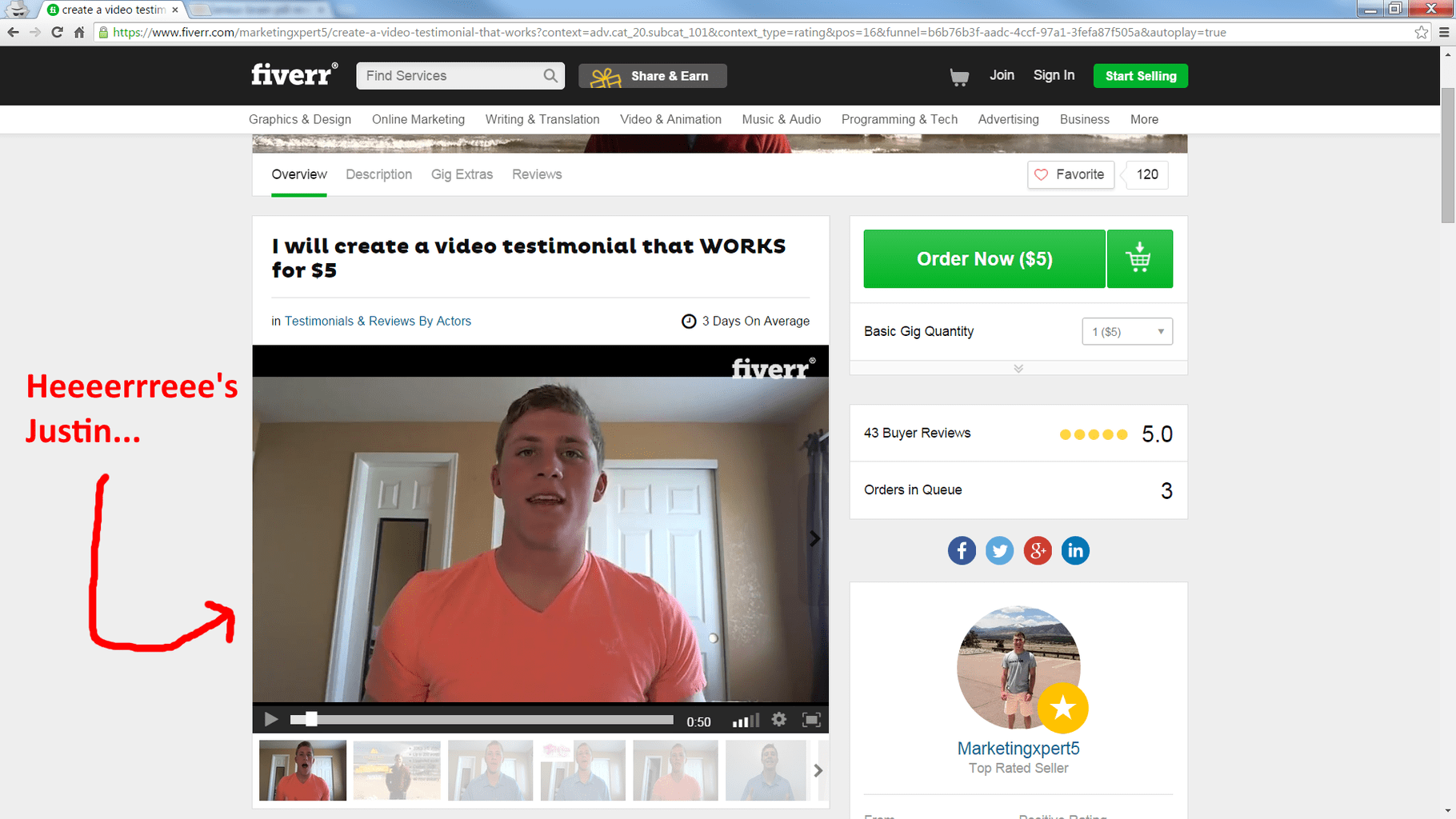 I could show you literally DOZENS of examples of this, but you probably get the point.

I’m tired of posting videos to Youtube, only to see them taken down 5 months later.

I’ve created close to 7 different accounts over the years, and it’s just getting old at this point.

I’ve even tried posting my videos to Vimeo, with the same result. 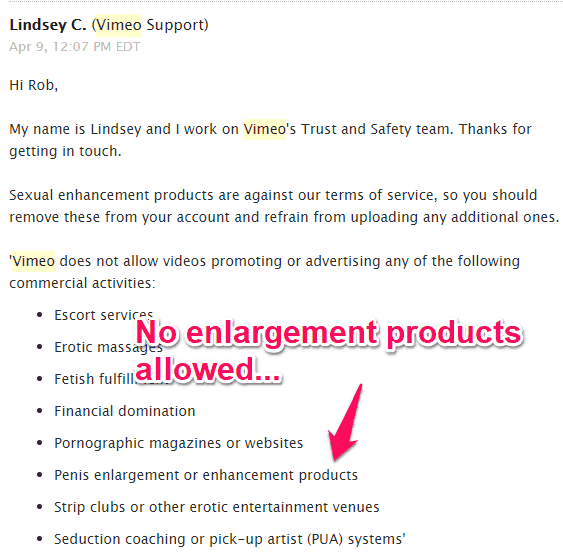 So instead, I’ve started posting the videos directly on my own server.

It’s still in the beginning stages, but I should have every video review I’ve ever done up within a couple of weeks.

In the meantime, you can see a list of the videos here.