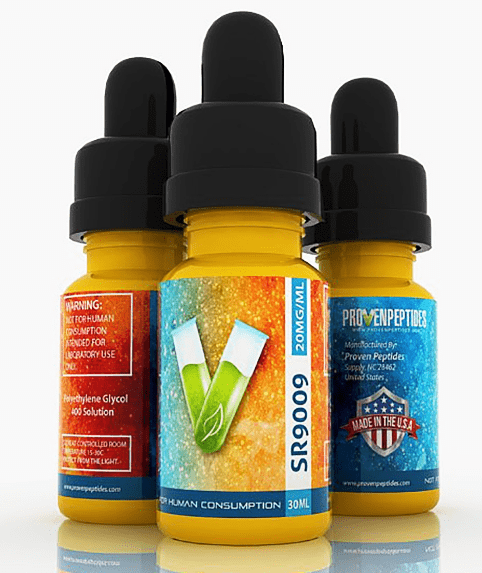 Are you finishing up a bulking cycle and looking to start cutting?

Want to kick your weight loss into overdrive?

Need to get as shredded as possible and you’ve had no success with over-the-counter supplements?

If muscle definition and fat loss is at the top of your goal list, then Stenabolic (SR9009) may be the perfect supplement to help you achieve success.

Stenabolic (SR9009) is a relatively new metabolic compound that hit the market in 2015 and (as of the publication of this article) is still undergoing research for a number of potential uses.

Stenabolic (SR9009) is showing a lot of promise in preliminary studies and it may be a game changing supplement when it comes to the fitness industry.

Let’s take a look at what Stenabolic (SR9009) is, how it works, and how it compares to other anabolic supplements.

Keep reading as I break down what that means in the section below called “How Does Stenabolic Work?”

A quick glimpse into Stenabolic: As a PPAR modifier, this compound may be able to influence the body’s metabolic system, boosting fat burning and reducing inflammation in the process.

If studies continue to on their upward trend, Stenabolic (SR9009) may be the perfect agent to preserve muscle mass while getting shredded.

More on that below.

Like with most too good to be true supplement agents, Stenabolic (SR9009) falls in that funny gray area of legality.

To legally buy medical grade Stenabolic, you must be involved with a research laboratory.

Chances are, this doesn’t describe your current work situation.

Without access to research permissions, you can buy unregulated Stenabolic (SR9009) via online resources.

The problem here is that since it is unregulated, you’re not always getting what is promised.

The way around this is to go with a reputable brand that has gotten consistent positive attention.

Look out for potential bogus Stenabolic (SR9009) providers online as they are not going to providing the same thing at all and often times nothing that is even resembling it.

As to whether Stenabolic (SR9009) is able to be used in a bodybuilding setting where testing is regularly conducted, there is no clear answer on this.

No brand specifically mentions that it shows up on a bodybuilding drug test and even the popular forums don’t mention this.

As I’ll talk more about below, Stenabolic doesn’t work via hormonal pathways, which significantly lowers (and possibly eliminates) the chance of it showing up on bodybuilding drug tests.

If you personally have had experience with Stenabolic (SR9009) and a bodybuilding drug test, please let me know in the comments below about what happened.

As mentioned above, Stenabolic (SR9009) is a peroxisome proliferator-activated receptor (PPAR) alpha modifier.

A PPAR helps to activate and regulate different genetic mechanisms in the body.

Okay, so what does that mean exactly?

PPARs have direct influence over specific areas in the body as they work as something called a transcription factor.

A transcription factor binds to targeted DNA sequencing in the body and dictates the actions of this DNA sequence so that it acts accordingly in the RNA messenger.

It does all of this in order to guide and promote specific genetic expressions.

PPARs are responsible for a wide range of responsibilities that deal directly with development and, most notably for the purposes of your fitness goals, metabolism.

There are three macronutrients in the body that are on the receiving end of metabolic actions.

They are protein, carbohydrates, and fats.

Remember that PPARs influence the behavior of your metabolism and Stenabolic (SR9009) is a PPAR alpha modifier.

See where this is heading?

Essentially, and according to preliminary research, Stenabolic (SR9009) may have a positive direct impact on your metabolic rate that promotes a number of benefits including fat loss.

4. Potential Side Effects of Stenabolic (SR9009)

With Stenabolic (SR9009) being a relatively new and unregulated fitness supplement, reports on side effects are limited and they may not be reliable.

If you buy a fake Stenabolic (SR9009), the side effects that you may experience are related to that fake compound, whatever it may be.

So it’s difficult at this point to form a specific list of potential side effects associated with Stenabolic (SR9009).

With that said, when you look at studies and forum reviews, there is one clear point: Side effects have yet to be discovered.

This has everything to do with the fact that Stenabolic (SR9009) isn’t like a S.A.R.M., a prohormone, or a steroid.

It’s not based on hormonal reactions or increases in sex steroid hormones.

Given that it influences your metabolic system without a direct impact on your hormone levels, it is understandable that Stenabolic (SR9009) has yet to have a list of side effects associated with it.

It’s important to remember that Stenabolic (SR9009) is still undergoing a number of studies and so the current access to research is limited.

With that said, the following section will be based on both information found in studies and the most commonly cited benefits within trusted forums.

Exercise for Those Who Can’t

7. Stenabolic (SR9009) vs. Other Anabolic Supplements

It’s difficult to compare Stenabolic (SR9009) to other anabolic supplements because Stenabolic is not anabolic in nature.

While it may promote the protection of lean muscle tissue, it has not been shown to promote increases in muscle mass.

Rather, Stenabolic (SR9009) is known for decreasing body fat and boosting endurance.

It does so through non-hormonal means.

Basically, Stenabolic (SR9009) is an ideal counterpart to anabolic supplements and it isn’t competing with them to be used by the body.

As I’ll talk more about below, Stenabolic (SR9009) really is the perfect stacking agent that can be used with dozens of anabolic supplement options.

To sum it up, Stenabolic (SR9009) isn’t anabolic and it can be used with any number of prohormones, S.A.R.M.s, etc.

The standard dosage for Stenabolic (SR9009) is 30 mg to 40 mg per day, depending on your size and goals.

I’d advise you start with 10 mg per day and work your way up over the course of a few weeks.

Here’s a recommended cycle chart but be sure to check the label of the product as well.

Dosages may vary from brand to brand.

Since Stenabolic (SR9009) doesn’t have any reported side effects and it focuses on fat loss, it is an extremely popular stack with a variety of anabolic-focused compounds.

It can be used with a long list of different S.A.R.M.s, prohormones, and steroids.

One of the most common stack that you’ll see talked about in forums is with Cardarine.

Cardarine is another PPAR modulator with a slightly different focus than Stenabolic.

Cardarine offers the same fat loss, muscle protection, and anti-inflammatory properties but you may notice a huge boost in endurance with Cardarine, much more than that of Stenabolic.

This stack is perfect for anyone who wants to drop weight and get shredded without putting muscle at risk.

Since Stenabolic is still in the early stages of fitness-related research and you need research permission to obtain medical grade Stenabolic, you have to watch out for which brands you buy.

Here are the brands that users across forums have reported to be real, high quality, and effective:

Stenabolic (SR9009) has a lot of promise and I’m not just talking about within the world of fitness.

If Stenabolic (SR9009) continues to produce the same results it has so far, you’ll soon be seeing its name plastered in medical journals as well as fitness magazines.

Stenabolic (SR9009) seems to be an ideal fat burning and shredding supplement.

Its mechanisms for results make it safe and effective without competing against other supplements that you may be using.

With all of that said, Stenabolic (SR9009) is still a newbie in the fitness and medical world.

Studies are on-going and that is reason enough to take it with caution and a grain of salt.

Leave your review below!

Is Ostarine the perfect SARM? You bet your ASS it is! 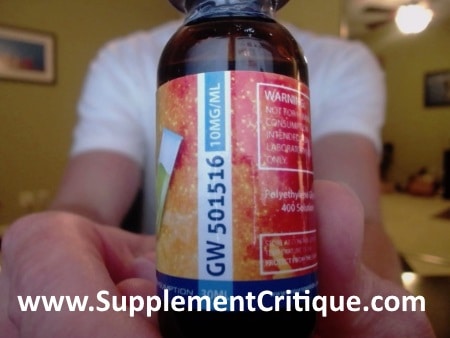 Cardarine is one of the strongest SARMs on the market today. 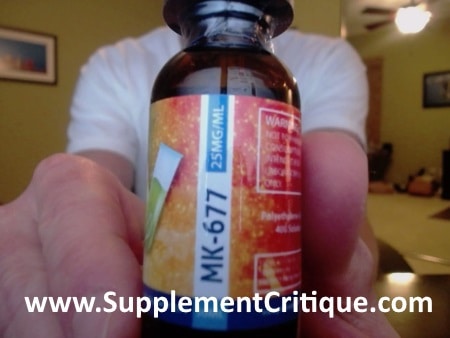 Nutrobal is one of the most popular muscle builders in the bodybuilding industry.