Natural remedies and supplements are always the subject of rich debate.

On the one hand, Western medicine has a history of dismissing the notion of herbal solutions in favor of more pharmaceutical ones.

On the other hand, ancient Chinese and Ayurvedic traditions have used botanicals to improve health and well-being for centuries.

That said, it’s becoming more commonplace for consumers in the West to use nutrition and lifestyle changes to improve their overall health. Ginkgo Biloba supplements are commonly used for supporting cognitive function and Melatonin is used to improve sleep and sleep patterns, to cite just a couple.

Fenugreek (scientifically known as Trigonella Foenum-Graecum) is another example, recently gaining more acceptance as a positive force in natural healing.

It originates in the Near East and has been used in cooking as both a vegetable and a spice since as early as the first century A.D.

It’s seeds have been used medicinally for just as long, for ailments as widely varying as heartburn and diabetes.

Our main focus today is the effect Fenugreek may or may not have on testosterone levels, but we’ll start with a general overview of all its known benefits. 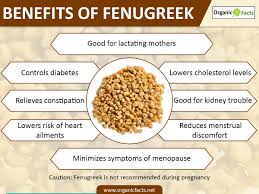 For thousands of years, the seeds of the Fenugreek plant have been used to:

The last two listed benefits are related in that the root of each benefit may have as their root the fact that Fenugreek raises testosterone levels.

And this brings us to the primary discussion in this article.

A large number of natural testosterone boosting supplements contain Fenugreek as one of their primary active ingredients, claiming that it is known to boost testosterone levels without the need for chemical replacement therapies.

Indeed some of the most popular products on the market, like Force Factor Test X180 Ignitesold online and at GNC, claim Fenugreek as their secret testosterone boosting weapon.

It’s used so often in these formulas that it would be easy to assume it’s been clinically tested and the evidence bears out its benefits.

But the truth actually isn’t that simple. Fenugreek has its fans and it has its detractors.

And both have science to back up their opinions.

We’ll cover both sides of the issue, and in the end come up with a better understanding of whether or not Fenugreek can actual lift testosterone levels and improve both sexual and athletic performance. 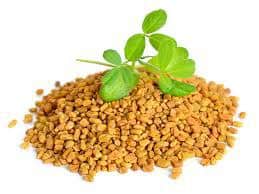 Naturally these benefits would conjure a connection between taking Fenugreek and boosting testosterone levels.

Increased testosterone can lead to both increased libido and improved athletic performance body composition as well) so naturally a seed that causes both of these effects would be seen as being able to increase testosterone.

If testosterone is responsible for increased libido and better athletic performance, and Fenugreek provides these benefits, then it’s natural to assume that Fenugreek causes these improvements by increasing testosterone.

But correlation doesn’t always turn out to also be causation, and this fact lies at the heart of the Fenugreek Testosterone controversy.

Clinical Studies of Fenugreek and Testosterone

Supplement manufacturers who use Fenugreek in their natural testosterone boosting products often cite a few studies as evidence that Fenugreek boosts testosterone.

There’s this one that found Fenugreek to maintain healthy testosterone levels.

And this one demonstrating that Fenugreek reduces the conversion of testosterone to estrogen by inhibiting the activity of the aromatase enzyme.

Then there’s this study from Richard Kreider published in the International Journal of Sports Medicine that showed the effect of a daily dose of 500 mg on 30 resistance trained men over an 8 week period.

It demonstrated that resistance trained males taking both Creatine and Fenugreek showed improvements in the amount of weight they could lift as well as reduced body fat.

Notably however, the subjects did not note an increase in testosterone.

Finally, a study published in “Phytotherapy Research” conducted on 60 men between the ages of 25 and 52 found that subjects given 600 mg of Fenugreek daily for 6 weeks self reported an increase in libido.

But ultimately, the truth and relevance of these studies have been called into question for a couple different reasons.

First of all, they were largely commissioned by parties with a vested interest in finding that Fenugreek does indeed boost testosterone levels, namely manufacturers of supplements highlighting Fenugreek as their star component.

Secondly, the main focus and findings of the studies are more about libido, muscle strength, and body composition than they are about testosterone, and that pretty much sums the issue up right there.

The studies mentioned above demonstrate improvements in muscle strength, body composition, and/or libido – all of which are related to testosterone.

But they don’t demonstrate an actual increase in the testosterone levels themselves.

Does It or Doesn’t It Boost Testosterone?

Maybe the better question is whether or not Fenugreek provides the type of benefits you want.

The evidence appears to point toward Fenugreek not actually increasing testosterone levels, at least not to a significant degree.

But it also points toward Fenugreek providing the kind of benefits you would get if you did increase testosterone levels.

Let me put it another way.

If you want to increase muscle strength, improve body composition, and boost your libido, you probably think boosting your testosterone levels is a good way to achieve those goals; and you’re right – it is.

But wouldn’t you be just as happy if you got those benefits, regardless of testosterone increases?

So while Fenugreek may not technically boost your hormone levels, it may indeed provide the benefits you want anyway.

If your underlying problems lie specifically within your testosterone levels itself, or lack thereof, then I would recommend checking out something else or at least using something else to supplement this one, otherwise it is effective for several areas of overall male health.

There are a lot of questions surrounding the use, effectiveness, and safety of Fenugreek.

Here are just a few that I get asked on a regular basis.

We mentioned briefly above that one very common use of Fenugreek is to stimulate milk production in nursing mothers.

In fact, it’s the most widely used herbal Galactagogue (substance that promotes lactation).

Additional uses for women include relief from menstrual cramps and menopausal hot flashes, and even breast size augmentation.

This last benefit is said to be accomplished by altering particular liver enzymes, slowing down the breakdown of estrogen. 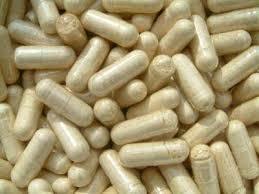 Fenugreek Dosing protocols differ depending on what you’re using it for.

Women trying to increase breast milk production are recommended to take at least 3500 mg per day over several doses.

Men using it to increase testosterone and/or provide the effects of increased testosetrone should take about 500 mg to 600 mg per day in one or two doses.

Are there any side effects with Fenugreek?

Fenugreek is generally considered safe at normal and recommended doses, but as is the case with any herbal supplement, there is a potential for side effects, especially if you take more than is recommended.

One reported side effect is a maple syrupy smell to your urine.

This usually only happens at fairly high doses.

In fact, women taking Fenugreek for milk production use this as a sign they’ve taken enough. 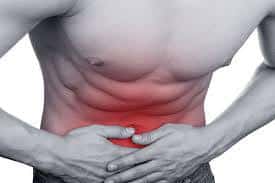 According to WebMD other potential side effects for Fenugreek are mainly gastrointestinal and include:

Finally, Fenugreek could affect blood sugar levels in diabetics, who are encouraged to monitor levels closely when taking it.

Can Fenugreek cause Gynecomastia?

Given the fact that Fenugreek can increase milk production in women and possible enlarge breasts, there is some concern that taking Fenugreek could cause Gynecomastia (growth of breast tissue) in men. There is no evidence to substantiate this theory, but that doesn’t stop discussion of the potential issue.

Many see it as a logical extrapolation, but others note the absolute absence of proof.

We’ll reiterate here that without evidence that Fenugreek causes Gynecomastia, we won’t spread that theory around.

It’s also of note that discussions about male breast enlargement due to Fenugreek talk about the herb itself, while most testosterone boosters I’ve seen use a derivative called Testofen. There may not be a notable difference, but on the other hand, there may be.

Can Fenugreek cause hair loss?

Quite the opposite, actually.

Many people believe taking Fenugreek seeds and using Fenugreek on your hair and scalp topically may help reduce hair loss.

It contains phytoestrogens, which help balance the amount of estrogens in your body.

Another way Fenugreek may stop or slow hair loss is that it helps prevent the conversion of testoserone to DHT. DHT is a derivative of testosterone.

It’s very powerfully androgenic, and loved by bodybuilders, but it’s a huge reason so many guys go bald.

Fenugreek blocks the conversion process of testosterone into DHT, so you have the dual benefit of increased free testosterone and less DHT, which is a good thing if you’re trying to combat hair loss.

Scientific studies have not demonstrated conclusively that Fenugreek, in any of its forms, can increase the amount of total and/or free testosterone in your body.

There is no absolute certainty on this matter.

There is however, certainty that this herb has the ability to provide for you the effects of increased testosterone.These effects, including increased libido and better athletic performance, are generally what you’re looking for when you find yourself interested in boosting testosterone.

If you’re looking for a supplement that absolutely and certainly increases testosterone, then Fenugreek may not be what you want.

But if its the benefits of increased testosterone you’re looking for, it may very well be.

It should at least compliment your overall health much in the same way as optimal testosterone levels would.

Have You Used Fenugreek for Testosterone? Leave Your Review Below!

One comment on “Fenugreek and Testosterone – What You Need To Know”