Viazyte could just be the product men looking for an all-natural remedy to their sexual performance woes have been waiting for.

According to the manufacturers, Science Life Labs, Viazyte is an equally good substitute to prescription medications like Cialis and Viagra, though it is not clearly stated how it measures up to the two.

This is why before you even consider purchasing the drug, it is important to read through the following objective Viazyte review. 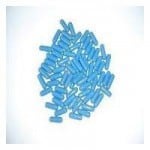 Surprisingly, Science Life Labs provide very scanty details regarding the ingredients contained in Viazyte and how they function to improve your reproductive health. However, since it claims to help men create more powerful erections, it is speculated that the drug contains L-Arginine, an amino acid that is widely known as a Nitric Oxide precursor.

Furthermore, the L-Arginine suspected to be contained in Viazyte also boost blood flow towards the genitals during sexual intercourse.

Even more surprisingly, the standard price of the product is yet to be known as it doesn’t even have an official website yet.

If you are interested in purchasing Viazyte, you will be very disappointed that the prices are not even known.

To make it even worse, the manufacturer is yet to set up an official site to market Viazyte.

This means that you will have to rely on third party sites that have Viazyte every time you need to purchase it.

For the very first time, you are coming up against a product that the manufacturer has chosen to say nothing about.

To say that Science Life Labs have disappointed by not giving buyers the Viazyte formula will be a huge understatement.

To make matters worse, purchasing Viazyte is a hectic process since there is no official site set up and you do not even know how much you will be required to pay.

Perhaps the only positive is the knowledge that Viazyte is distributed as a purely natural substitute to prescription options such as Viagra.

However, it is not advisable to buy a product whose ingredients you aren’t even aware of.

Furthermore, there aren’t any customer reviews on the web to help you get an idea of whether or not the product can be trusted.

If so, leave a review below!