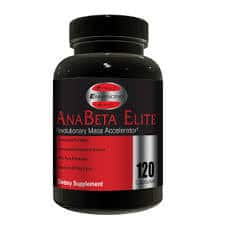 I get a lot of questions from guys who want to put on weight, but can’t.

They’re called hard gainers or ectomorphs (think Kevin Durant) and a lot of them have tried what seems like everything, but just can’t pack on the muscle like they want to.

There are products out there to help, but choosing the right one isn’t easy.

I had a reader ask me about AnaBeta Elite from Physique Enhancing Science (better known as PES), so I told him we’d check it out.

AnaBeta Elite is an upgrade to their previous product AnaBeta.

It was something of an underground favorite for these hard gainers, and PES added a few more components to hopefully make it even better. AnaBeta Elite is an anabolic supplement, totally natural, with the aim of getting you big naturally.

It’s meant to be used by anyone on a bulking cycle, and it can be used alone or stacked. 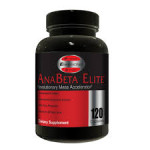 What happens when you first start taking AnaBeta Eliteis that your appetite goes through the roof.

Your body wants more food, and it tells you so.

Lots of guys talk about waking up in the middle of the night hungry their bodies are craving so much food.

So if you know that feeling of knowing you need to eat more to gain weight, and just not being able to force down another bite, then you know the value of this aspect of AnaBeta Elite.

With this increased appetite, it’s up to you to feed it with the right amounts of protein, carbs, and BCAAs to grow the muscle you want.

You also feel it in the gym with that alpha male attitude that keeps you pumping.

There are a few ingredients of note in the AnaBeta Elite formula.

The recommended dose is 2 AnaBeta Elitecapsules taken twice a day, not to exceed 6 capsules in a day.

And a cycle should not exceed 8 weeks before you take a 4 week break.

You can buy AnaBeta Elite online or at GNC.

If you’re serious about your bulking phase, and you’re ready to do the heavy lifting and required eating to make it happen, it looks like AnaBeta Elite can help.

Have You Used AnaBeta Elite?Leave Your Review Below! 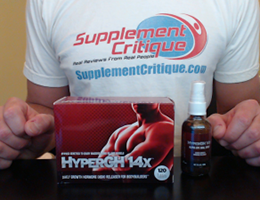 HyperGH 14X is a potent HGH releaser which works great for bodybuilding.

Testofuel is the most effective testosterone boosting supplement on the market that ive tested.

Read my review to learn more.

Ostarine is the poster boy for SARMS, and will promote lean muscle tissue growth dramatically.

There's no caffeine listed with the ingredients.- Rob