Avanafil, manufactured by Vivus Inc., is one of the many supplements used to treat erectile dysfunction, which is still undergoing a series of clinical tests.

Erectile dysfunction has for a long time been the undoing of many helpless men s concerned so many will be hoping Avanafil turns out to be the long overdue remedy.

Whether Avanafil will just be another drug that fails to live to up to expectations or the ED solution men have been waiting for can only be determined by reading through this review. 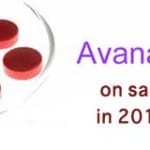 Just like the world famous Viagra, Avanafil is a selective phosphodiesterase type 5 inhibitor (PDE5), which functions by promoting the flow of blood to the penis thus boosting erection in men. In the few clinical tests that have already been conducted, it has been revealed that Avanafil has significantly raised erectile function among participants.

However, the truth will only come to light after the studies are completed and a few reviews released.

Just like many other supplements, Avanafil is meant to be taken orally just before sexual intercourse.

The few studies done so far indicate that it might need only 15 minutes to produce results.

It is worth noting that this is only but half the time Viagra requires for its effects to be noticed.

Where to Buy Avanafil

Since Avanafil is yet to be released to the market, very little information is available regarding purchase.

However, it is widely expected that Vivus Inc. will put up Avanafil for purchase on their official site.

Only after the drug is released in the market should you dream of finding it on third party websites or even local chemists.

Your performance in the bedroom is most likely going to decide the direction your relationship will take and this is why Vivus Inc. is developing Avanafil as a quick fix for erectile dysfunction. The fact that it could work twice as fast as Viagra will be a huge relief to men who had to spend an entire thirty minutes monitoring their groin.

Aside from just working faster, early evidence is showing that Avanafil wears off faster and is associated with far less side effects.

What you should be worried about is that some clinical test participants are already pointing to possible Avanafil side effects.

However, your urologist should be able to help you evade them.

Have you used Avanafil?

If so, leave a review below!

One comment on “Avanafil Review – Will It Finally Solve Erectile Dysfunction”