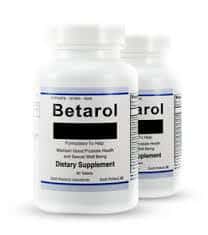 You’ll recognize the signs when you see them: decreased sex drive, the need to get up several times during the night to use the bathroom, feeling like you have to go right after you just went.

They’re all signs of an enlarged prostate.

This issue is usually benign, but you should see your doctor just to make sure.

Once you have, and it’s been determined that there isn’t a more serious problem, it’s time to think about taking an herbal prostate support supplement.

Available from Health Research Laboratories, Betarol is a popular choice available online. With its all-natural ingredients, it claims to reduce inflammation of the prostate, improve erectile function, and help you get a better night’s sleep so you’re well rested and in an up mood for your day.

The company recently received a warning letter from the FDA indicating that some of its marketing materials went to far in claiming that Betarol is used to cure an illness.

Sometimes these definitions can get a little tricky.

Supplements are not allowed to make claims that make them appear to be “drugs,” and only drugs can cure illnesses.

Since Betarol and its marketing are still around, I can only assume they made the necessary changes. 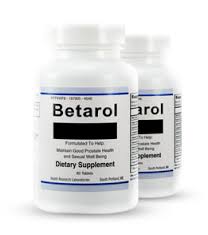 Betarol Ingredients and How They Work

The Betarolformula uses Beta-Sitosterol as its primary key ingredient.

It’s a phytosterol that inhibits the action of converting testosterone to DHT.

An excess of DHT is what causes an enlarged prostate.

There are plenty of supporting ingredients in the Betarol formula, which include:

The recommended dose is either 2 Betarol tablets per day.

You can purchase Betarolonline through the Health Research Laboratories website or a few others.

A single bottle containing 60 tablets sells for $29.95. If you buy in bulk, you’ll get a small discount on your per bottle price.

Betarol seems like a decent product, but it’s tough to tell without reviews from guys who’ve actually used it.And the fact that there is no money back guarantee makes it difficult to recommend that you take the risk.

I’d wait till we get more word of mouth before diving into Betarol.

Have You Used Betarol? Leave Your Review Below!

Is there any Canadian suppliers for Betarol???? -John

As far as I know it's only available online, but there are several retailers.- Rob