Baywatch, Hercules,andBallers,are just a few of his recent works, but in every shot and every scene, he makes us feel guilty for eating some popcorn or candy while we watch his movies.

Dwayne “The Rock” Johnson, is in such great shape that people are starting to spread rumors like it is impossible for a man his age to be in excellent physical condition.

The first story I located on my search to find out how The Rock does it, I caught two things that didn’t sound quite right.

Those things wrapped into one is that Dwayne was kicked off the set ofBallersbecause he was caught taking performance-enhancing drugs. That caught me by surprise.

Dwayne and Mark Wahlberg just dealt with the lawsuit about the actual show, why would they kick him off the set?

So, with that question in mind, I dug a little deeper.

In this same story, I found another rather ridiculous statement that they “quoted” Dwayne saying his doctor recommended some supplements for him to take to bulk up forBaywatch andFast and Furious 8.

Is it normal for a unknown doctor to suggest Trembolex Ultra and Vigor Enhance?

Well, if you instinct and gut is doing you any favors and working well, it’s probably telling you “no, it’s not normal.”

I can’t confirm or deny this, but that put a huge red flag in the story for me.

Further research into the topic of Dwayne and how he stays in shape, I found a different article about Dwayne once again speaks about some supplements he is taking to help him with staying in excellent physical condition.

This is a quote from him, supposedly.

I have searched, and I have not found anything to say either article at this point is right on him taking any supplements, and “if” he is, what he is taking.

But I have one BIG question about that, how come he has “taken” so many supplements?

I also was curious about the articles themselves.

If they interviewed Dwayne “The Rock” Johnson, former WWE wrestler and actor, why only ask one question or quote the one statement?

I mean, if I spoke with him, our conversation would be recorded and all over the palce with me asking a ton of questions.

This article they mention a set of supplements as “the ultimate steroid alternative.” I have to admit; this article is a little too much for me.

They say, trainers, celebrities, and bodybuilders, but yet they don’t have a single quote or endorsement to back them up, that is official.

I also found they have different supplements to The Rock supplement diet.

The article says that they have done unique research on these supplements, well they are not uncommon results at all, they record the same information that the others have provided.

Well, how can that be possible, when all three articles are speaking of Dwayne taking them, but none of the names are the same? Confused?

These stories, rumors, lies, are just that. False information.

They are trying to draw in more sales and have you believe that taking any of the supplements will help you build muscles like Dwayne, who is apparently not taking these supplements.

How do I know?

I know Dwayne is not taking any of these supplements for many different reasons.

I have already pointed out that these articles look like advertisements, not an informative story.

Another thing you need to think about when you think of Dwayne Johnson. How long has he been this big?

After reviewing the information I found on the topic, I found enough evidence to know he isn’t using any enhancers or supplements.

I have seen interviews where he discussed his work out, diet and how his typical day goes and there is no mention of any supplements.

I looked into the reasons behind the rumors of him possibly leavingBallers, which has nothing to do with performing enhancing supplements.

Earlier, I mentioned the story that has a quote of Dwayne stating that his doctor recommended these so-called supplements.

Well, most people who work with celebrities take pride in helping them, so why didn’t he mention his doctor’s name?

In a different article, he says his trainer, Aaron Williamson, who has a website with The Rock as one of his client’s.

I have also found some detailed information about his workout schedule. It’s super intense.

You should probably not attempt his workout if, you are not on a regular workout schedule.

This is how he starts his day.

Now that would be a fascinating thing to see.

Furthering my point that Dwayne is not using these supplements he has his workout schedule/routine online!

Give it a try for one week and see if you can handle what The Rock is cooking!

The above article has the workout Dwayne did to get his body for the newest movie, Jumanji.

After researching, and reviewing all the information, I was able to locate regarding this matter, I am convinced.

I feel I have built a pretty good case to help you understand that, No, Dwayne “The Rock” Johnson, is not and does not take supplements to stay in shape.

But he is spending hours every day working out, putting in the effort and energy to earn his post-WWE superstar body, that everyone envies.

So unlike some, The Rock is all natural!

If a celebrity endorsement of a product seems like it is fake, especially if it is found on the ever so often untrustworthy internet, then chances are it is a fake. 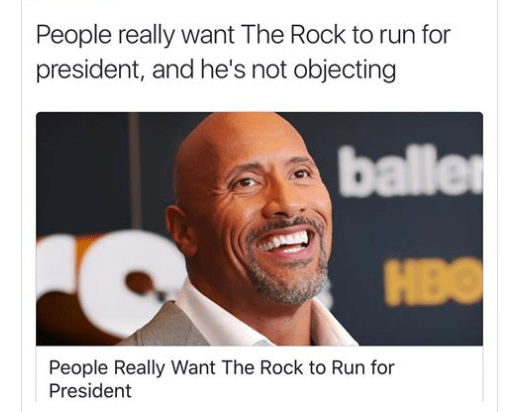 Pls help me with this suppliment i want to try it name POWERZEN GOLD. -Real

It has previously been recalled by the FDA for containing undisclosed ingredients, but it does appear to be available through eBay at this time. You can read more about it in my full review here: https://www.supplementcritique.com/powerzen-gold-review-how-potent-is-this-formula/- Rob