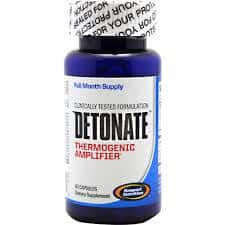 In fact, that’s the way most customers use it.

The claim is that the energy is powerful, but clean, and that it goes farther and works harder than any other fat burner you’ve tried.

Gaspari makes it very clear that they know there are tons of thermogenic choices out there, but that this is the one you need to get you to your fat loss goals.

We were able to track down several Gaspari Nutrition Detonate XT reviews, and they were decidedly mixed.

Lot’s of folks had good success with the product, while others were left disappointed, especially in the area of appetite suppression.

Let’s break down the ingredients and see if we can figure out why. 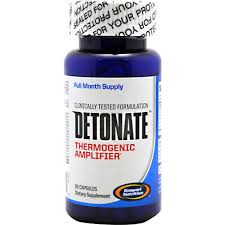 Gaspari Nutrition Detonate XT Ingredients and How They Work

At 150 mg, you’ll get an energy boost, but probably not to the point of jitters.

The rest of the formula is in a very small 178 mg proprietary blend which contains:

It’s recommended that you take 1 Gaspari Nutrition Detonate XTcapsule in the morning on an empty stomach, and another in the mid afternoon, about 5 or 6 hours later.

You can take up to one additional daily pill after you develop a tolerance, and it’s recommended that you not take it for more than 4 weeks straight without taking a 4 week break.

If you can get Gaspari Nutrition Detonate XT for the cheaper price of $20, I would recommend you give it a try.There’s enough positive feedback to show that it definitely works for some people.

You may be one of them.