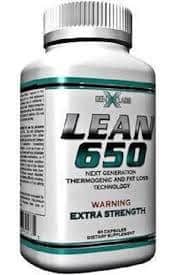 Weight Loss is hard. There’s no two ways about it.

But there are obstacles and pitfall along the way.

Just when you get things on track, you have to go to 3 or 4 parties all in a span of 2 weeks or something.

You lose your momentum, and you feel like you’re back to square one.

Or you’ve been doing so well for so long, and you just can’t get those last few pounds to budge.

Those last few pounds are the target of this supplement, called Generation X Lean 650.

With the dual abilities to burn fat and suppress appetite, this stuff promises to take you sailing past that plateau with ease, almost like you’re back at the start when the losing was easy.

Generation X Lean 650 burns fat, keeps your appetite in check, and gives you energy to keep moving all through the day.

That’s what they say, but it’s our job to find out what’s in this stuff and does it really work? 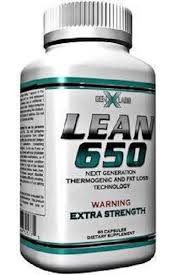 Generation X Lean 650 Ingredients and How They Work

The Generation X Lean 650 formula is actually quite strong.

Instructions are to take 1 Generation X Lean 650capsule before breakfast, and another one about 6 hours later.

Generation X no longer makes or sells Lean 650, but it’s still available for now through other online resellers.

Generation X Lean 650 won’t be available for much longer.A lot of retailers are out of stock and since it’s discontinued, they won’t be replenishing.

It clearly seems to work, but some people may have a bad reaction to the DMAA. If you do decide to try Generation X Lean 650, do so with caution and make sure you don’t ingest additional caffeine.

Have You Used Generation X Lean 650?