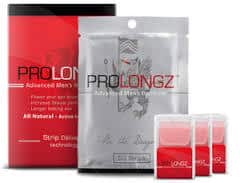 I’ve been getting a lot of questions lately about a male enhancement product called Prolongz.When I finally got around to researching it, I could see why. This stuff is all over the place.

Not only does it have its own website, but you can also buy it at your local GNC or through Amazon.com.

With this kind of exposure, no wonder our readers are taking notice.

Well, I did finally get a chance to research it, and you might want to get comfortable – maybe get a cup of coffee – because we’ve got a lot to cover.

According to the product website, Prolongz is an FDA registered homeopathic drug that helps in the prevention of premature ejaculation.

So for all the thousands, maybe millions, of guys who deal with this issue day in and day out, there is hope.

And you don’t even need a prescription to get it. 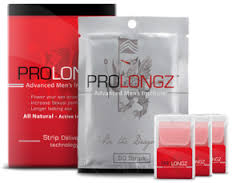 Prolongz contains only all natural ingredients and is said to work with your brain chemicals to help put you in control of your sexual excitement.

Currently, the most commonly used method for fighting PE is numbing agents.

You rub the cream or gel on your member about 10 minutes or so before sex, and by the time you’re ready to go, you’re desensitized.

You feel each touch less intensely, and are able to delay orgasm that way.

The problem with this method is that it lessens your enjoyment, which is actually the whole point to how it works.

If you feel less, it will take longer for you to get excited to the point of climax... because you’re not feeling anything.

What if you had a way to feel everything and still hold off as long as you want?

That’s the way Prolongz works, which is why its pretty revolutionary and taking the market by storm.

Prolongz comes in the form of sublingual strips.You put a strip under your tongue, and the herbal ingredients dissolve in 20 seconds and get right to work.

Recommended use is one strip twice a day, with an additional strip taken shortly before sexual activity.

This way, you’re ready whenever opportunity strikes, and you still have the option for an added boost as well.

There’s a little confusion about what exactly goes into these Prolongz strips.

Several review websites and even retailers who sell the stuff mention that the three main ingredients are Damiana, Ginseng, and Fenugreek Extract.They say that each daily serving of 2 strips contains 10 mg Damiana, 10 mg Ginseng, and an undisclosed amount of Fenugreek.

But over at the official product website, they tell a slightly different story.

There, you’ll find a label that shows only 2 ingredients – Damiana and Ginseng, 10 mg each.

This isprobablya case where they’ve changed the formula.

It seems logical that the product website has the most up-to-date information, so we’ll go with the Damina and Ginseng and talk a little bit about what each of these can do for your premature ejaculation.

There’s even a little more confusion about what’s in the formula.

But with the label clearly displaying only the 2 ingredients we discussed above, it’s not clear what they’re referring to there. 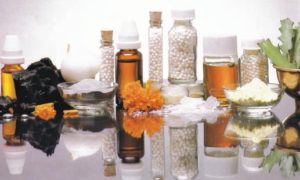 Another issue discussed on the website several times is the notion that Prolongz is a homeopathic drug.There tends to be a bit of confusion about what exactly homeopathy is, so let’s clear that up right here.

According to Mirriam-Webster, the definition of Homeopathy is this:

“A system of medical practice that treats a disease especially by the administration of minute doses of a remedy that would in larger amounts produce in healthy persons symptoms similar to those of the disease”.

Contrary to popular belief, homeopathy is not a synonym for herbal medicines.It’s a very specific branch of medicine that operates on the belief that introducing tiny amounts of something that could cause the disease will actually cure the disease.

Neither Damiana nor Ginseng are known or thought to cause premature ejaculation, so Prolongz is not a homeopathic medicine at all.

The makers of Prolongz clearly either don’t understand what homeopathic means, or they think you don’t.

Another interesting point mentioned on the website is that Prolongz is registered with the FDA.

This is an interesting claim because the FDA does not test, approve, or register herbal supplements.

The only real connection between supplements and the FDA is that the FDA can inspect the manufacturing conditions to make sure they comply with standards.

They will also test certain supplements to make sure they don’t contain prescription medication.

They do this because if a supplement does contain prescription drugs, it can no longer be considered a supplement and must be approved and monitored by the FDA.

They don’t explain what is meant by the statement that Prolongz is registered with the FDA, and we were unable to find any evidence of this registration.

The company behind Prolongz is called Advanced Men’s Institute (or AMI).

We checked them out with theand found them to have a rating of “F”.

This is clearly not a good sign, so we checked into why.

Turns out there are 46 complaints currently registered against them, 17 of which have gone unanswered. This is a lot when you think about it.

Most unsatisfied customers don’t file complaints with the BBB.

You have to be pretty livid to take it to that level.

The majority of complaints relate to either billing issues or issues with the product itself.

Customers have found 2 things with Prolongz.

They found that the product doesn’t work as expected, and they’ve found that they were unknowingly signed up for a monthly autopay service that they never expected or wanted.

Even worse, once they realized it and tried to correct the situation, they were met with nothing but resistance from the AMI.

Here are a couple representative examples of complaints filed with the Better Business Bureau. 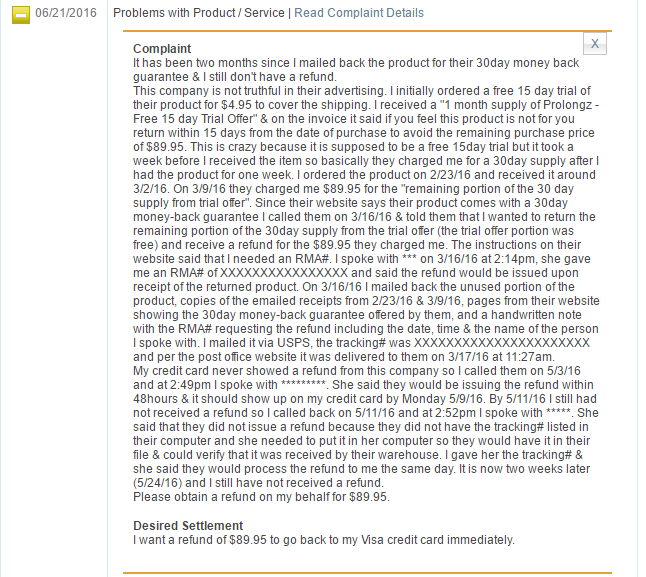 One thing I noticed over and over as I read through the dozens of complaints is that each time they answered at all, they blamed the customer for having done something wrong.

It’s a little hard to believe that all these customers are messing up the process.

And if they are, you have to wonder about a process that’s so complicated that so many people can’t successfully navigate their way through it.

We touched on it above, but let’s flesh it out here so everyone understands how the scam works.

It’s very similar to other scams we’ve talked about here before.

You sign up for what you think is a Free Trial Offer of Prolongz. Take a look at the following image.

This is why people think they’re getting it for free:

But if you look more closely, way down at the bottom of the page in the super fine print, you’ll see this:

The fact is most guys don’t see this, and that’s because AMI doesn’t want you to.

They would rather you get caught up in the scam and fork over a few hundred bucks or more before realizing what’s happening.

And judging by the BBB complaints, customers are none too happy about it.

How Much is It?

I don’t know if you noticed the price up there in the photo of the terms, but in case you missed it, I’ll fill you in. It’s $89.95.Whoa!Prolongz is seriously trying to charge you $90 for 20 mg of common every day herbal ingredients!This is a total ripoff!

If you don’t want to get involved with the free trial scam, you can order Prolongz through Amazon.com.

Over there, the cost is $60, so that’s a little better but still crazy high for what this stuff is.And when products are sold on Amazon, that means Amazon reviews.

At the time of this writing, there are only 19, but the news is not looking good for Prolongz.

But you have to look at the other side and see that 32% of the reviews were given 1 star. That’s really bad.

One out of three guys who tried it hated it.

Here are a couple examples of those 1-star reviews:

Interestingly, a lot of the 5 star reviews are from women saying it helps increase their libido.

Here’s an example there:

Notice that this reviewer states she was given a discount in exchange for her review.

It doesn’t necessarily mean it’s biased, but it could be.

There are so many reasons NOTto buy into Prolongz, but we’ll just do a quick recap here:

It would be nice if it worked, but really, do you need any more evidence that it doesn’t?