Home » Male Enhancement » What Is The Strongest Rhino Pill? A Purveyor Of D$&K Pills Answers

Rhino sex pills are some of the finest sexual enhancers that gas stations have to offer. 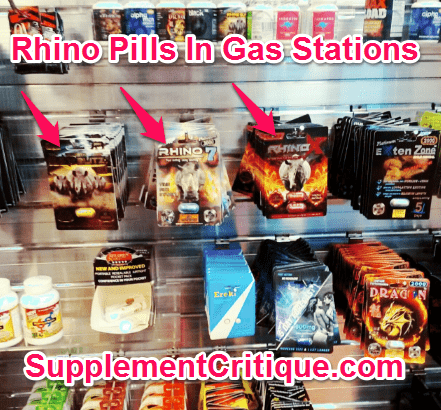 You can usually find them conveniently in the “latex condoms, caffeine pills, and energy vitamins” section of nearly every gas station, including Mobile, Sunoco, Exxon, and even your local Chevron.

Because of how widespread and easy to find they are, tons and tons of people try them out, possibly even more so than other male enhancement supplements because you typically are not going to come across them in such recognizable places alongside essentials for some people.

Just the other day I had one of my site visitors ask me which rhino pill is the best.

Knowing that I’ve tested practically all of them, I decided to do this short post to help anyone else out with the same question.

So Which Rhino Pill Works The Strongest?

In my personal experience, and this comes from testing nearly EVERY Rhino pill on the market, the strongest one would have to be Rhino 69 9000.

In fact, it came on so strong that I nearly busted a nut in my pants about a half hour after taking it.

Mind you this was WITHOUT sexual stimulation.

It was just a random, rock-hard boner that literally came out of nowhere.

When I finally got a chance to put that boner to work, it was indeed one of the most pleasurable sexual experiences I can recall.

And that’s saying a lot from a guy who tests out penis pills for a living!

I also had a friend of ours, a guy who we’ll call “Jeff”, test it out as well. 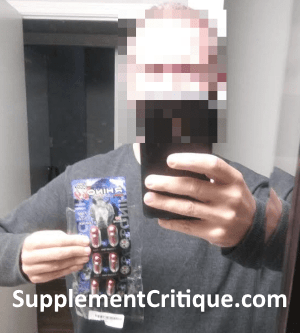 He said, and I quote:

With the Rhino 69 Extreme 9000 i was so hard i could have used my johnson as a sledge hammer.

After we did it the first time,within 20 minutesi was ready to go again.

I don’t mean she had to work hard to make him stand at attention but i mean frickin hard as a rock like i was a teenager again at just the thought of doing it again.

The 2nd time was just as awesome as the first with a massive hard boner and it took forever for me to finish which i got zero complaints for.

She thought we were done after 2 times but i kept getting hard.

In total we did it 4 times and stayed up most of the night doing it like young people with endless libidos.

It was awesome! The only complaint was that even if i wanted to sleep i was a little wired from the capsules and the other was the final time we did it i was not able to finish.

A tough problem to have after a glorious night of sweaty lovin and probably attributed to an empty nut sack as opposed to the capsules.

This question is nearly impossible to answer, mainly because every gas station is different.

Literally the ONLY way to tell is to hop in your car or bike and drive on down to your local gas station.

I’ve personally bought it on eBay for as little as $7, which is actually cheap for a Rhino pill.