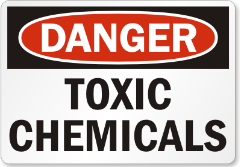 We recently got a chance to test out a supplement called White Heat, which is a pre workout formula that comes in powder form. While the product did work quite well, we later learned that it was recently tested and found to contain an ingredient called DMBA. For those of you who aren’t aware, DMBA (chemical name 1,3-Dimethylbutylamine), has a chemical structure that is similar to that of DMAA and Ephedrine, two ingredients that are very similar in nature to amphetamines.

Ingredients like this work well. They give you a physical and mental intensity that can help power you through a struggling workout, and produce great results in a short period of time. However, because they are structurally similar to that of amphetamines, they can cause a wide range of side effects. For example, they’ve been linked to cases of heart failure, strokes, and even sudden cardiac death.

White Heat is still available for sale, but many major retailers like GNC and Vitamin Shoppe have completely pulled it off the shelves. There’s many other supplements in the supplement industry that contain DMBA, but it’s unclear at this point whether or not the FDA will ban the ingredient. My guess is it’s eventually going to happen.

Recently I have been taking supplements called the one.1.0, white lightning, and iburn. Do you know if these have these synthetic amphetamines in them? I recently stopped taking them and I been having headaches and getting really angry since I stopped them just curious and my appetite has increased heaps. -paul eastlake

I don't think any of them contain synthetic amphetamines, but it sounds like your going through some type of withdrawal. I would discontinue use and if it seems to get worse check with your doctor.- Rob