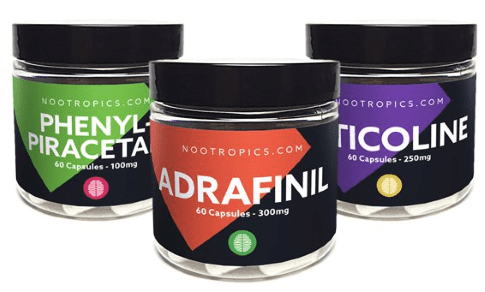 Nootropics are as popular as ever.

A few years back, they were mysterious and new, and no one knew much about them.

Now, it seems like there are new nootropics all the time.

In short, nootropics work by giving a boost your cognitive function.

It’s almost like an oil change where you aren’t changing what’s there too much, you’re just making it work better.

People use nootropics because it can increase productivity, focus and overall brain function.

Many find that the best way to get use out of nootropics is by stacking them.

One such stack is the Ultimate Focus Stack.

What Is the Ultimate Focus Stack? 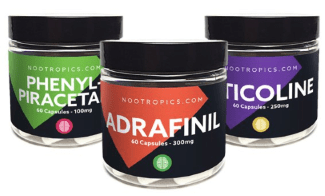 The Ultimate Focus Stack is comprised of three nootropics.

It is made up of Adrafinil, phenylpiracetam, and Citicoline capsules.

This stack is not for daily use but is meant for times when you need energy the most.

When you take the stack, you can expect enhanced cognitive ability, focus and energy for 5-8 hours.

When put in a stack, nootropics compliment one another and boost each other’s effects.

Not only that, they supplement each other’s effects.

Maybe one nootropic is ideal for improving memory or keeping you awake, while another one is best for increasing your focus and giving you energy.

By stacking nootropics, you get the best of both worlds and maximize your cognitive ability.

Let’s get into each nootropic that makes up this stack and see what makes it work as well as it does. 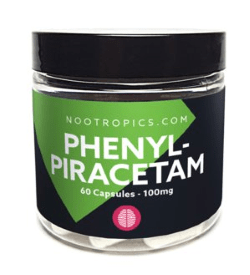 Phenylpiracetam is a nootropic that addresses many issues and can improve the day in several ways.

For one thing, it is a stress reducer.

Stress can get in the way of anybody having a productive day.

Besides that, it also increases concentration.

It is 10 times stronger than the similar nootropic, Piracetam, and it is known for increasing productivity.

People also use it as a pre-workout enhancer.

Because it increases focus and can improve memory, it is also conducive to studying, taking tests or doing busy work. 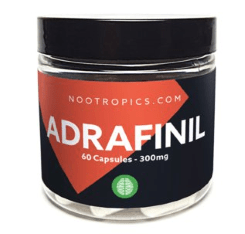 When you consume Adrafinil, it converts into Modafinil.

Modafinil is a wildly popular nootropic that makes you alert, focused, increases your brain function and creates energy.

Because of that, it is used by a wide range of people who enjoy its effects.

One of the many things that it is known for is offering improvement to cognition for a up to a full day. 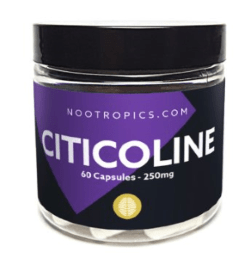 Citicoline is often paired with other nootropics.

It plays a direct role in the production of neurotransmitters.

It lasts slightly shorter than some other nootropics, such as Adrafinil, but when put in a stack can last even longer.

Upon taking Citicoline, effects kick in fairly shortly thereafter with an hour after being the latest you will notice improved cognition in most cases.

A: Take one capsule of each nootropic in the stack up to two times in one day if necessary.

It is not a stack that is meant to be taken daily.

Only take it once a week if needed and do not exceed the recommended dosage.

Take the Ultimate Focus Stack with a lot of water.

Not only to make it absorb better in your stomach and go down easier, but also while it is in effect.

They recommend that you drink more water than you usually would after having taken the Ultimate Focus Stack in order to stay hydrated.

Q: How long does it take to start working?

A: The onset of the Ultimate Focus Stack is moderate.

After taking one of each capsule in the stack, you may begin to feel effects at roughly the 45-60 minute mark.

This timing can vary from person to person for a variety of reasons.

Once it has kicked in, you will notice the peak effects for a full 5-8 hours.

After the peak effects have worn off, you can expect lingering effects that are still noticeable for up to 10 hours afterwards, possibly more depending on the person.

Metabolism, how much you’ve had to eat, and dosage can all play a role in when it kicks in.

Q: What can I expect to feel?

A:There are a wide range of effects that the Ultimate Focus Stack produces.

That is due largely in part to the fact that it is comprised of three distinct nootropics that each boast many effects on their own.

When combined, you essentially get the best of each of the nootropics in it but amplified by the presence of the other nootropics that is stacked along with.

You can expect your mood to be enhanced, an increase in drive and motivation, vitality and more fluid speaking due to the brain surge.

Also, it can increase your physical abilities as far as athletic performance mostly in the context of exercise goes.

Besides that, the Ultimate Focus Stack, as the name would suggest, gives you a major increase in focus.

That is, after all, what most people want out of nootropics.

Couple that with the social benefits it provides and improvement in work ethic and quality, and the Ultimate Focus Stack has effects anyone would covet.

Q: Are there any side effects?

A: It is mostly low risk, but it does have some potential for side effects.

For example, some people report difficulty sleeping due to the Adrafinil in the stack.

It can cause anxiety because it is stimulating and taking too much Citicoline can cause depressive episodes in people already predisposed to depression.

You should not consume alcohol if you are taking the Ultimate Focus Stack.

Where to Buy Ultimate Focus Stack

You can find Ultimate Focus Stack directly through their nootropics site: Nootropics.com

Because it is only to be taken once a week, if that, a supply lasts an awfully long time.

The Ultimate Focus Stack is a highly impressive example of the benefits that combining multiple nootropics can provide.

It is essentially just a combination of three heavy hitting nootropics that are each known on their own as rock stars at boosting cognitive function.

What could be more perfect than that?

It is as effective as it is due to the fact that each nootropic in the stack is distinct enough to bring its own benefits and unique traits to the stack, while similar enough that they complement each other.

The effects it provides could come in handy for literally anybody so long as they take it as recommended by the manufacturer.

If you are prone to depression, however, consider leaving out the Citicoline.

The stack does not have many interactions, however, if you or someone you know is taking the stack while on hormonal birth control, be aware that its efficacy may be reduced.

I recommend the Ultimate Focus Stack and hope it helps you boost your cognitive function.