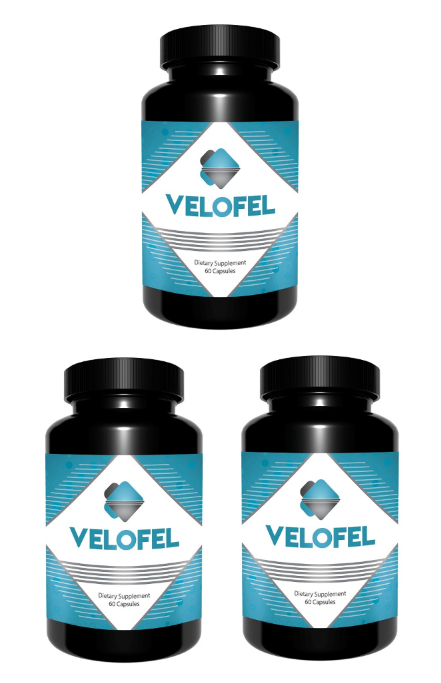 Velofel seeks to change men for the better.

The male enhancement supplement is created to improve sex drive and libido.

Unfortunately, most men suffer from declining sexual performance with age.

However, Velofel is designed to combat these issues by boosting testosterone.

…But does it really work?

Find out in our complete review of the male enhancer. 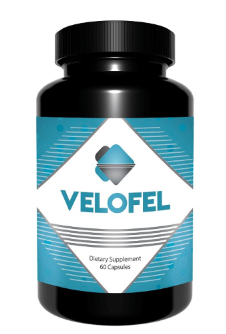 When men get older they are at a disadvantage in terms of sexual performance.

Moreover, attempting to get and stay hard is a problem that plaques countless men.

In many situations, erectile dysfunction (ED) and other issues related to poor sexual performance are reversible.

For many, the factors that contribute to sexual dysfunction are beyond your control.

Consequently, many decide to revive a lackluster sex life by taking supplements.

The formula (see: Ingredients) features natural ingredients which have a reputation for stimulating sexual appetite.

As a result, men that use Velofel report improvements in penis size, erection quality, and satisfaction from sex.

The dual-action formula targets the source of sexual dysfunction, first and foremost, by boosting testosterone (see: How Does It Work?).

For this reason, the capsules reportedly deliver relief in a safe and effective manner.

Nevertheless, there are concerns that Velofel displays the tendencies of a scam.

For starters, the official website does not provide any background on the company that sources the male enhancement production.

Additionally, it’s impossible to contact the supplier in the event you are disappointed or have concerns with use.

How Does it Work?

Sexual-related issues in men are far more common than you might think, according to the National Institute of Health (NIH).1

In fact, a substantial amount of men over the age of 40 struggle with some type of sexual dysfunction, including ED.

And, what’s worse, the problem appears to only getting worse and effecting men at a younger age.

The natural ingredients in the formula assist with spurring sexual appetite as well as boosting testosterone levels.

In general, men produce less testosterone as they age which can also negatively impact your sex life.

For this reason, Velofel enhances energy and stamina, leading to more fulfilling sex.

Velofel male enhancer not only improves testosterone, but may assist with quality of erections as well as premature ejaculations.

Consequently, the supplement presents an instant surge of energy and improves blood flow to the penis.

Velofel stimulates the prdoctuion of nitric oxide which is necessary to increase blood flow to the penile chamber.

The results are also noticed by a significant other who should experience more intense and satisfying orgasms as well.

As a result, the supplement targets issues related to sexual dysfunction.

According to the website, Velofel features the following benefits:

The affordable male enhancement product delivers mixed results, depending on who you ask (see: Does It Work?).

Notwithstanding, Velofel seeks to improve your sex life by first starting with testosterone production.

The increase in testosterone and improved blood flow results in higher libido and better sex.

However, there are some that disagree with what Velofel promises and have been disappointed by the results (more information, below).

Velofel is a male enhancement formula that features natural ingredients.

The ingredients in Velofel vary widely depending on the source, however, these are the ingredients according to the main website:

L-arginine has been examined for its effects on erectile dysfunction.2

The results indicate that the amino acid does open blood vessels.

Accordingly, there is hope that it can treat ED and other issues related to poor blood flow.

The burden of sexual dysfunction takes a toll in society.3

As a result, little known ingredients are examined for their ability to stimulate a sexual appetite.

Saw Palmetto is another ingredient that has been examined for treating sexual dysfunction.4

The berry has a reputation for improving libido as well as fertility.

It’s also linked to hair growth, another issue linked to men as they age.

It’s been utilized in traditional Chinese medicine for centuries to treat ED.5

However, the substance is not nearly as researched or used in the West.

Nettle Extract is a good source of several nutrients, including essential amino acids.

The substance is connected to a healthy prostate and also accelerates healing of burn wounds.6

However, it’s connection to improving libido and erection quality is not known.

It’s been used for treating many ailments, including asthma and urinary tract infections in women.7

Wild yam is regarded for assisting with female reproductive health, but not as well known for men’s sexual health.

Once again, the side effects of Velofel vary drastically depending on the source.

For example, according to the supplier, Velofel is completely safe and natural for consumption.

However, if you search around, there are other concerns about the male enhancement formula not previously addressed.

For starters, the company that produces Velofel insists that there are zero side effects to such a powerful and potent supplement.

We highly doubt it as even the most effective natural supplements usually carry a few associated risks or negative symptoms.

Furthermore, Velofel is only safe when users take it at the correct dosage.

Sadly, the company which produces the product fails to provide even basic dosage guidelines for customers.

Nevertheless, most that have experimented with Velofel in the past, recommend not taking more than 2 capsules per day.

There are some concerns associated with Velofel despite what the supplier may tell you.

First, there are indications that the supplement may destabilize the body.

It may not improve penis size at all despite being labeled as a “male enhancer”.

Third, Velofel is currently not approved by the FDA and the supplier is impossible to contact.

For this reason, we question whether the company is hiding behind something.

Of course, this is welcomed news to the countless men that experience some form of sexual dysfunction.

Velofel makes a lot of bold promises as a male enhancement product.

For starters, it claims to increase size and quality of erections.

Moreover, the company insists that the supplement is effective at treating premature ejaculation and ED.

However, when you dig deeper, Velofel is connected to several warning signs.

First, there is widespread inconsistencies over what ingredients are actually in the formula.

For example, other sources report vastly different ingredients in the formula such as Tongkat Ali, Maca, Muira Puama, and Korean Ginseng.

And, to make matters worse, there is no way to confirm anything with the company.

Rather, Velofel offers its male enhancement product without any customer service or money-back guarantee.

If that doesn’t reek of a scam, we don’t know what to tell you.

There are many other male enhancement products that do not utilize the same shady business tactics.

Then, there is the lack of research credibility.

Sure, Velofel makes a ton of promising statements about their product yet none of it has been verified in clinical studies.

For now, research regarding Velofel is limited and the substance is not approved by the FDA.

Today, men over 30 experience more issues related to sexual dysfunction than ever before.

Sadly, the trend is not going in the right direction, either.

As a result, dejected and frustrated men put all their hope in male enhancement supplements like Velofel.

Unfortunately, the hype does not always align with real, tangible results.

“Initially, I wasn’t sure if Velofel capsules would solve my premature ejaculation issues. But I ordered a bottle… and got astonishing results. These capsules have brought a significant change in my sex life.”
– Josh T.

I cannot thank the producers of Velofel tablets enough as these capsules have brought a significant change in my sex life.

Im able to last longer and provide her with a satisfying climax. These capsules have helped me to bid a farewell to premature ejaculations.

The truth is you cannot really depend or trust anything that lacks any scientific evidence.

“It replenishes my sexual energy and makes me experience immense passion and desire for my wife. My sex has improved dramatically.”
– Roger S.

In general, real users of Velofel have not reported the same benefits that the company touts.

Velofel customer reviews are generally on the negative side on websites like Amazon.

Conclusion: Is Velofel a SCAM?

It all sounds wonderful, if it really worked.

Sadly, Velofel is simply not reliable.

The company promotes the male enhancement supplement like it can solve all your issues yet doesn’t even have a method to contact directly.

Furthermore, the lack of a credible website and money-back guarantee reeks of a scam.

We hate to say it, but despite the initial promise, Velofel is not dependable.

There is zero scientific evidence or research to indicate Velofel works and real customer reviews of the product are generally negative.

Therefore, avoid at all costs and consider these top male enhancement products, instead.