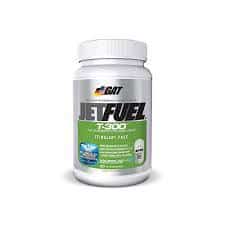 If you’re a man over 35 and you’re looking to lose weight, it’s a good idea to consider taking a natural testosterone booster to go along with your fat burner for several reasons.

For one thing, when you cut calories, you can cause your testosterone levels to drop.

When your testosterone levels drop, your body has a harder time taking off fat and putting on muscle. GAT JetFuel T-300combines both benefits in one by providing fat burning with testosterone boosting, and according to most of the reviews I’ve read, it’s working. 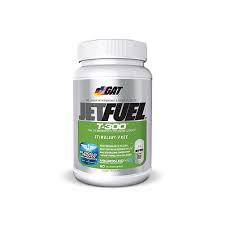 GAT JetFuel T-300 Ingredients and How They Work

The primary ingredients in the GAT JetFuel T-300 formula are divided into 2 blends.

Together, the fat burners and testosterone boosters keep your fat burning high and your muscle loss low.

Instructions for the first day are to take 1 GAT JetFuel T-300 capsule before breakfast and another before lunch.

After assessing your tolerance, you should up that dose to 2 or 3 capsules before your first 2 meals of the day.

You can purchase GAT JetFuel T-300 at the GAT website.

The 120-count bottle which should last about a month sells for $60. Bodybuilding.com and Amazon sell it for much less, about $30 from either.

Any adult male looking to lose weight would do well to add a testosterone boosting supplement to the mix of supplements.GAT JetFuel T-300 makes it easy and convenient by combining the two.

Considering that it’s made by GAT and looking at all the favorable reviews, it’s easy to recommend using it.