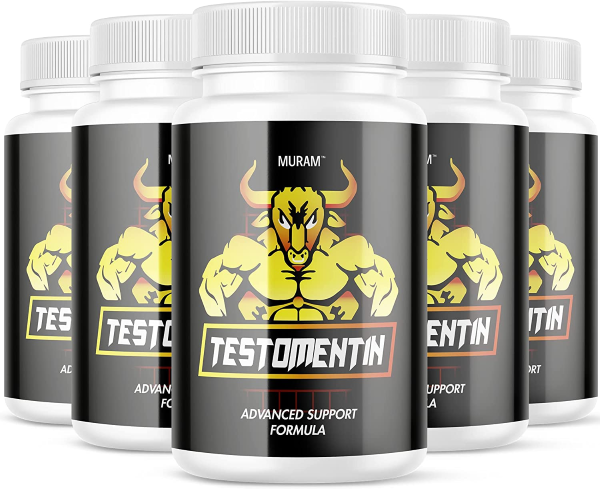 Testomentin promises to eliminate a poor performance in the bedroom.

The male enhancement supplement and testosterone booster is advertised to offer a powerful, all-natural formula.

Testomentin makes several bold claims, including informing customers the product has been featured on WebMD as well as endorsed by famous celebrities.

But is it actually true?

Learn more about Testomentin in our complete review, including the reasons why you should AVOID this scam. 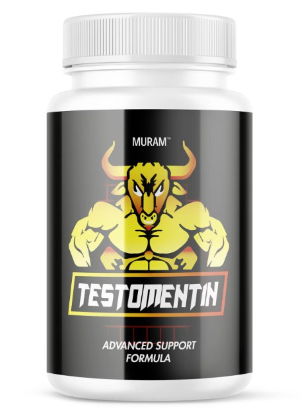 Are you suffering from low libido or erectile dysfunction (ED)?

If so, Testomentin vows to relieve your poor sexual performance by delivering a powerful, all-natural supplement.

The male enhancement and testosterone booster is designed to improve libido, erection quality, and sexual performance.

You’ll not only desire to have sex more frequently, but experience more fulfilling orgasms.

However, much of what Testomentin promises is shielded behind deception or blatant lies.

For starters, the manufacturer of Testomentin is not clear despite the “official website” making a ton of bold claims.

The website states that Testomentin is produced by an FDA-approved company in the United States.

Notwithstanding, the only information about the company is a random Florida address to a “Great Supplements Foundation”.

Consequently, it’s difficult to take Testomentin at more than face value considering its website which is rampant with gimmicks.

The effectiveness of Testomentin is highly debatable.

It really depends on which source you seek and their perspective on the product.

While certainly a start to addressing problematic issues such as erectile dysfunction (ED), nitric oxide production is not the only factor that influences libido.

Therefore, while Testomentin may improve testosterone levels its effect on sexual performance is a whole other discussion.

Yes, Testomentin does feature some worthy, natural ingredients (more information, below) that are common in male enhancement formulas.

However, Testomentin also hides behind some of its other ingredients and misleading advertising.

Thus, it’s ultimately up to you to believe the supplement is capable of improving erections, stamina, and satisfaction from sex.

Testomentin is designed to enhance libido and sexual performance.

Testomentin improves sexual desire and appetite as well as the quality of orgasms.

Furthermore, some men report experiencing increased muscle mass from the gym due to the ingredients of the supplement.

There are several benefits to using Testomentin, according to the manufacturer:

The energy surge is also reported to arrive outside the bedroom where men experience improved levels of energy and stamina.

The company that produces Testomentin claims that the supplement has sold over 1 million.

Furthermore, the manufacturer claims that its formula is inspected by the U.S.

Department of Agriculture and CGMP Certified.

However, none of this information could be verified outside the website managed by the company, leading us to believe it’s false.

The study discovered that Testomentin was effective at increasing levels of testosterone and offered some benefits to sex.1

Nevertheless, lessons learned from the Testomentin clinical trials also demonstrated the supplement failed to be effective in several other categories of sexual health.

Unfortunately, most of what Testomentin advertises directly to customers is deliberately misleading or completely false.

First, the shady manufacturer attempts to steal your performance information (including full name, phone, and home address) and sign you up for endless promotions.

The “limited time offer” and other messages that greet new customers is a cheap ploy to get customers to act quickly.

It’s all distractions to avert people away from the lies it tells new customers.

Secondly, Testomentin is not doctor-recommended or the 2020 Winner for Best Testosterone Pill of the Year.

Third, Testomentin has never appeared in Men’s Health nor endorsed by the reputable WebMD, despite the marketing that suggests otherwise.

Fourth, the statement that Testomentin is endorsed by famous actors and professional athletes is not only untrue, but insults the intelligence of customers.

Rather, Testomentin is an unreliable male enhancement supplement that is marketed by a company that doesn’t mind tricking unsuspecting customers into a scam.

The “groundbreaking” ingredients in Testomentin are actually nothing new.

However, claiming that the formula is 100% natural is another thing, since the manufacturer fails to expand on some of its other ingredients.

Consequently, we would argue that it’s not the best male enhancement formula, like the company suggests:

The extract contains icariin, a natural flavonoid compound that is linked to improving libido.2

Tongkat Ali is another natural ingredient with a funny name that is linked to sexual performance.

The herb has been utilized in the East for centuries as an aphrodisiac.

As a result, Tongkat Ali is known to increase levels of testosterone.

Moreover, the ingredient may contribute to better libido and more energy.

There are an increasing number of male enhancement formulas that feature Tongkat Ali because it can reverse sexual dysfunction.3

Sarsparilla is another ingredient that is connected to testosterone.

For example, athletes have been known to utilize it for a quick boost before hitting the gym.

Saponins is one of the more potent chemicals associated with testosterone boosters.5

For this reason, men notice increases in energy, stamina, and sexual performance.

Furthermore, the extract is highly regarded for managing prostate health.6

Accordingly, the compound is 1 of the 4 natural ingredients found in Testomenin.

There are no side effects to Testomentin, according to the manufacturer’s website.

Instead, the testosterone booster is advertised with the following disclaimer:

There is no evidence that the supplement’s ingredients are harmful to men, but it’s recommended to check with doctor first.

Meanwhile, another disclaimer on the Amazon product page adds:

Statements regarding dietary supplements have not been evaluated by the FDA and are not intended to diagnose, treat, cure, or prevent any disease or health condition.

The vague legal disclaimers do precisely what the producers of Testomentin want – shift blame and responsibility away from their hands.

Accordingly, since Testomentin is not approved by the FDA (and is advertised with a lot of red flags) we suggest avoiding the supplement altogether.

It’s consistent with the findings in the clinical trial that summarized more research was necessary to study any risks or dangers.

The study was particularly concerned with how the increased testosterone may lead to an elevated cardiovascular or prostate risk.

For this reason, there are far more safe and effective ways to improve testosterone levels as well as libido.

Testomentin is designed to increase testosterone levels leading to more energy and endurance in the bedroom.

As a result, the male enhancement supplement is designed to consume daily, like any other dietary supplement.

There are no official directions or instructions as to how to properly take Testomentin.

Even the manufacturer fails to produce any clear guidelines which is more than a little troubling.

Rather, users are left to experiment on their own or trust the recommendations from random people online.

The general consensus seems to be 1-2 pills per day with a glass of water.

Lastly, the designers of Testomentin insist that users do not need to take the pill right before they plan on having sex.

Rather, it’s best to take the tablets on a daily basis with a meal and water.

Perhaps the most absurd statement made behind the marketing company that (badly) runs the website, is that Testomentin is endorsed by celebrities.

The main page even promotes a few of its “famous actors and professional athletes”, including Alex Adams, Ryan Terry, and Chris Diamond.

If you have no idea who these people are, fortunately, you’re not the only one.

The assertion that Testomentin is endorsed by celebrities it not only untrue, but insulting to the intelligence of customers.

The photos of “satisfied customers” not only look like stock image, but the reviews are even more outrageous:

I’ve been using this for over 2 years, and I have to say that I never had felt so much energy and strength!

My girlfriend hasn’t been happier.

That review, according to the website, received nearly 100,000 “likes” despite being written by a typical customer in New York.

Everything about the website is fishy which is why we wouldn’t take any of their “celebrity” endorsements or reviews from actual customers seriously.

What’s worse is that the fake customer reviews deliberately lie to potential customers with one review stating “there are no side effects to worry about”.

Testomentin is only available for sale through a couple of outlets.

First, the main website offers the formula for sale with the latest “limited time” gimmick.

Secondly, customers may also shop for Testomentin on Amazon.

The male enhancement product reports that users will begin noticing results after 60 days.

We wouldn’t trust the money-back guarantee considering there is no information on how to return the product if you are unhappy.

Despite what the manufacturer claims, the science is NOT clear.

There are far more safe and efficient testosterone boosters and male enhancement supplements.

“Our standards are anything but standard”.

Testomentin makes a lot of noise and talks a lot of B.S.

The male enhancement supplement is not nearly as effective or safe as the supplier wants customers to believe.

Rather, the company is attempting to make a quick sale on unsuspecting customers.

However, you’re better than the typical sucker.

Testomentin may increase testosterone levels yet its connection to improving libido and erection quality is arguable.

Instead, consider these top 3 supplements for male enhancement.