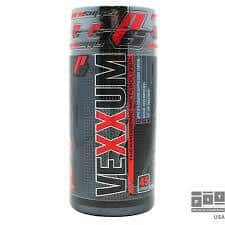 Home » Fat Burners » Vexxum Review – Should You Use It?

Pro Supps is a brand that’s been making a name for itself with the stimulant-loving pre workout crowd with their 2 products – Jekyll and Hyde.

But they also offer a fat burner called Vexxum that we decided to take a look at.

The hook is that this extended release formula only needs you to take 1 pill each day, and they say it truly lasts throughout.

And with nootropics added to the formula, they’ve really created a kind of feel good fat burner that they’re hoping will appeal to a wide audience.

Vexxum is a concentrated one-pill formula that provides weight loss support from all angles.

It boosts metabolism, burns fat, slashes your appetite, and boosts your mood so you don’ t lose motivation.

So let’s take a look at the formula to see if and how they make it all happen. 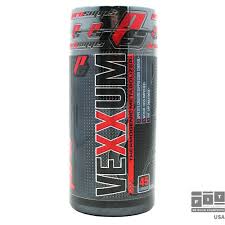 Vexxum Ingredients and How They Work

The core of the Vexxum formula is the Caffeine Triple threat.

They included 3 different kinds of caffeine. Caffeine Anhydrous is what you’re used to from drinking coffee. Caffeine Citrate comes on quicker than traditional caffeine, and Infinergy (or Dicaffeine Malate) is buffered caffeine so it’s easier on your stomach.

The formula is a proprietary blend so the exact amounts aren’t known.

We do know, however that the whole formula amounts to 627 mg and includes 11 ingredients.

The rest of the formula contains mainly more stimulants.

The recommended dose is 1 Vexxumcapsule taken once per day.

It is suggested that you take it with food until you are able to assess your tolerance.

You can purchase Vexxum online through Bodybuilding.com, Amazon.com, or the Pro Supps official website.

The price varies widely depending on where you buy it.

Vexxum is a stimulant-heavy fat burner, and if that’s what you’re looking for and you can find it closer to its lower price point, it’s worth getting.

But it’s not particularly revolutionary, so I wouldn’t expect miracles.

Have You Used Vexxum?

It has a lot of stimulants, so if you have blood pressure or heart issues, consult with your doctor before using it.- Rob