Premature ejaculation is a disorder or condition which causes early or short orgasms in men after sexual stimulation.

Due to its very specific nature, premature ejaculation can have profound physical, psychological and social effects on individuals, relationships and families.

On top of that, if left untreated, this condition can cause serious complications such as secondary impotence or even complete infertility in men. The following article is intended to review some of the most common and major causes and contributing factors responsible for premature ejaculation.

Skip this crap.Click Here
to take me to something that will help me.

In its simplest definition, ejaculation refers to the release or secretion of sperm and semenfrom the penis as a result of the heightened sexual excitement or stimulation.

Stages or phases of ejaculation

In adult men, the process of ejaculation consists of the following three phases:

1- Arousal: The earliest stage in which a male becomes sexually stimulated or aroused

2- Erection: The middle stage characterized by the erect state of penis

3- Ejaculation: Physical or psychological stimulation of the penis leads to orgasm (climax or peak of sexual stimulation) which is followed by the sudden release of the copious amounts of semen. This whole process is known as ejaculation.

Sexologists and urologists have considered several definitions for premature ejaculation including:

Clinically or medically, PE is known as a condition that causes consistent, persistent or recurrent (occurring again and again) ejaculation with minimal sexual arousal:

Another interesting definition of PE states that it is a man’s inability to delay ejaculation sufficient enough for the partner to have an orgasm in at least 50% of the time.

Finally, premature ejaculation can also be defined as “ejaculating before the mutual agreement / consent of both sexual partners involved.

Medical science has discovered the following risk or aggravating factors with respect to PE:

Age: It is common in adolescents, young adults

Psychological factors: Mental or psychogenic states or symptoms particularly anxiety (whether sexual or nonsexual) and depression can also contribute to the progression or occurrence of this condition.

Medically, premature ejaculation is frequently called as a disorder of an “unknown etiology” (a condition whose cause is unknown).

However, most experts and researchers point towards the underlying “psychogenic” factors such as mental stress, anxiety, fearfulness or depression as the most likely causative agents that all, cumulatively and eventually lead to this issue.

In some less common cases, PE can be caused to some existing medical condition or disease.

There are some severe chronic diseases such as diabetes, high blood pressure, heart disease, cancer or hepatitis in which premature ejaculation may exist as an associated symptom.

To treat this sort of PE, it is essential to first treat the cause and then the condition itself.

What happens in premature ejaculation?

Clinical trials and studies have indicated that, in most cases, PE is characterized by the following three traits or characteristics:

The net effect of the above-mentioned factors is reduced sexual gratification, low desire to perform sexual act, decreased libido and very low sense of a well being, also leading to a negative effect on person’s self-esteem and even moral values.

What Can I Do About It?

While there are some temporary, short-term medical drugs that are prescribed by doctors to treat this problem, various herbal or natural supplements and gadgets have evolved as the therapy of choice to treat PE because of their cost-effectiveness, safety and effectiveness.

Personally speaking, one of the best supplements I’ve come across that helps with premature ejaculation is called Prosolution Plus.

Prosolution Plus is literally the ONLY supplement that I’ve come across that had a clinical study conducted, proving its effectiveness.

Now I don’t typically suffer from premature ejaculation, but I DID have one of my product testers who suffers from PE try it out.

His results were ASTONISHING. Click Here to read my full review of Prosolution Plus.

Oils, gels, and sprays are VERY common when it comes to premature ejaculation remedies. I’ve personally tested some of them, with marginal success.

This was NOT the case with Vigrx Delay Spray. 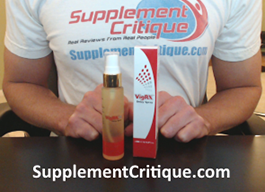 Well, as the name suggests, Vigrx Delay Spray is a topical spray that you apply shortly before sexual activity. Unlike with pills like Prosolution Plus, it’s starts working nearly instantly.

You simply apply a few sprays to your penis, massage it in, and it helps to essentially numb the penis enough to allow you to last longer.

The secret behind this product is it’s primary ingredient, Benzocaine.

Benzocaine is actually a commonly used topical pain reliever, and is even included in some common over the counter condoms to help guys last longer. 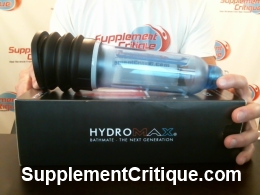 Another option that can help those with PE is the use of vacuum therapy, specifically with water based pumps. One of the highest quality pumps that I’ve come across that can help is called the Bathmate.

The Bathmate Hydropump is a water based vacuum pump that was originally intended for men looking to gain size / help with erection problems.

Over time it was noticed that by using the Bathmate on a regular basis, the penis becomes more “used to” being stimulated, which results in helping you last longer.

I personally had a chance to test out the Bathmate firsthand, click here to read my official review.

The last thing you can do without resorting to prescription medications is penis exercises, specifically kegels. Kegels are basically exercises that help strengthen the PC muscle, allowing you to last MUCH longer.

I write about Kegels in GREAT detail in my “Enlargement Exercises” ebook, click here to pick up a FREE copy of it.

You can also perform a technique called the Stop-Start Method.

You START again once you feel like you have regained control, and repeat this process about 6 or 7 times. On the 6th or 7th time, you’ll actually let yourself orgasm so that you can identify at which point you’re getting to the point of no return.

Suffering from premature ejaculation is no joke. Relationships have been ENDED from its debilitating effects, and can ruin your quality of life.

By following my techniques and strategies above, you will be well on your way to improving the quality of your sex life, and life in general.

As always, you can contact me here if you have any specific questions. Good luck! 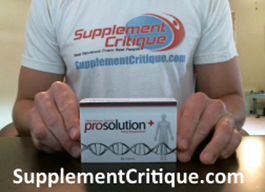 Prosolution + is the ONLY supplement I’ve reviewed thats been clinically tested to help with premature ejaculation.

Vigrx Delay spray is a VERY effective premature ejac product for many reasons.

Vigrx Plus was designed to not only help with ED, but also premature ejac. problems.

Every time me and my wife have sex, premature ejaculation is always a disappointing factor.  Some nights I would like to last longer than 10 mins. Maybe 3 hrs would be appreciated. Please help. -PRESTON

Check out a supplement called Prosolution Plus.  It's literally the ONLY supplement that I'm aware of that has had a study conducted PROVING it works to help with PE problems.  HEre's my review:  https://www.supplementcritique.com/prosolution-plus-review/- Rob

what would u recommend for PE?? -Dwayne

Try ProSolution Plus. It's been clinically proven to help.- Rob

I haven't seen or read anything about there being a connection.- Rob

2 comments on “What Causes Premature Ejaculation?”