If you’re suffering from low testosterone levels, you know only too well how overwhelming it can be to find a natural alternative to expensive and questionable testosterone replacement therapy.

In the last decade, there has been a dramatic rise in all-natural testosterone boosters on the supplement market.

While a few are based in scientific literature, most are junk.

I know this because I’ve personally tested DOZENS of them over the years.

Bulbine Natalensis is an herb that has been of interest in the last few years as studies are suggesting that it may have the power to dramatically increase testosterone while fighting back against estrogen levels.

Let’s take a look at what Bulbine Natalensis is, the reported benefits of the herb, and what science has to say about its impact on testosterone levels. 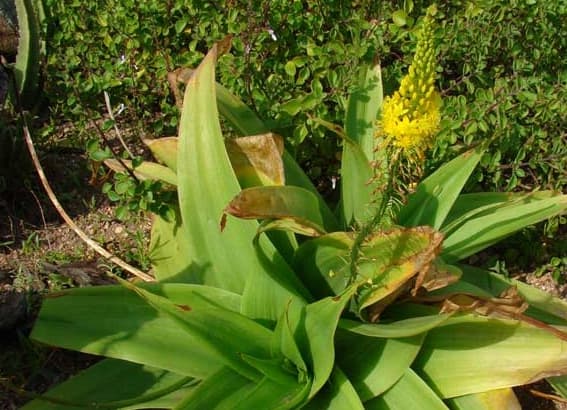 What is Bulbine Natalensis?

Like most testosterone boosting ingredients such as Fadogia Agrestis and Fenugreek, Bulbine Natalensis is a common sight in an uncommon land.

Travel to the southeast of Africa and that is where you’ll find this herbal remedy growing.

Also, just like other testosterone boosters, Bulbine Natalensis has been used over a very long period of time to improve quality of health.

Recent scientific studies have been investigating the benefits of Bulbine Natalensis and it may be a useful supplement for more than just its reported benefits of being an aphrodisiac and testosterone booster.

What are the Benefits of Bulbine Natalensis?

What are the Side Effects of Bulbine Natalensis?

This is a tricky subject with this ingredient because two studies clash in their findings.

In one human-based study featuring all men, subjects were given Bulbine Natalensis for 28 days but the only metric that was observed was safety.

They checked nothing except whether the subjects were okay after taking the supplement. 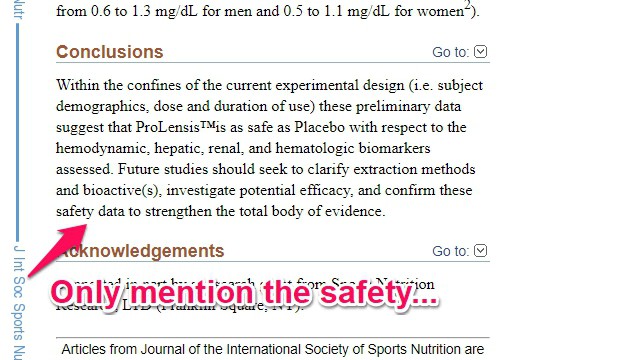 The safety study was published in the Journal of the International Society of Sports Nutrition and it confirmed that no side effects were reported.

In fact, they deemed it as safe as the placebo.

So we don’t know whether or not the benefits above can be verified but we know that it’s safe, right?

The studies that have been performed to evaluate the hormonal response from Bulbine Natalensis have a different consensus.

As I’ll jump into more detail below, Bulbine Natalensis does seem to be effective at promoting an increase in testosterone while decreasing estrogen.

The catch is that these findings occurred in rats, not humans.

Again, this isn’t something that’s been confirmed in a human-based study but it’s something to keep in mind, especially if you have liver or kidney issues.

All in all, do I think Bulbine Natalensis is safe?

Considering the number of users who rave about it and the lack of front page news demonizing the ingredient, I think that Bulbine Natalensis is safe as long as you take it in moderation, like any other supplement on the market.

More importantly, if you’re going to take Bulbine Natalensis, I would highly recommend treating it like any other androgen-focused supplement and using a PCT after a cycle.

Let’s jump into the million-dollar question: Does Bulbine Natalensis boost your testosterone?

Bulbine Natalensis MAY boost testosterone levels but this has not been scientifically confirmed in human-based trials.

Let’s take a look at the science that is available.

In one study involving Wister rats, the animals were divided into four dosage groups: control (placebo), 25 mg, 50 mg, and 100 mg. The dosage levels were milligrams per kilogram of bodyweight.

Those rats who were given 25 mg and 50 mg dosages, testosterone and luteinizing hormone increased but far more so in the 50-mg group.

In fact, another study replicated these benefits, reporting that the 50 mg saw an increase in testosterone of over 300%.

If the rats saw such a significant increase in testosterone and luteinizing hormone, then it goes without saying they also saw a spike in estrogen and progesterone, right?

These same studies showed that the Wister rats had a decreasein both estrogen and progesterone.

Progesterone is converted into estrogen and cortisol, neither of which is good news for testosterone or muscle building.

I’m only going to report on science and unfortunately no study has been released demonstrating the testosterone boosting effects of Bulbine Natalensis on humans.

With that said, if a fraction of the benefits found in rats apply to humans, then Bulbine Natalensis may be the next shelf-clearing t-booster.

While no scientific studies have come out regarding the muscle building benefits of Bulbine Natalensis, in theory, if the supplement significantly increases levels of testosterone and luteinizing hormone while decreasing estrogen, they you have the ideal anabolic environment for growth.

If your goal is to build lean muscle mass while supporting natural levels of testosterone, Bulbine Natalensis may be able to help with both.

Testosterone is a powerful recovery hormone.

If you’re following a training program that focuses on muscle hypertrophy, the increase in circulating testosterone may aid in lean muscle growth.

Again, this is just a theory and we’re waiting on studies to connect these dots.

What Are Users Saying about Bulbine Natalensis?

Since there are no human-based studies that evaluate the effects as it relates to testosterone, user reviews become the next best thing.

Keep in mind that I never consider reviews that are suspicious such as paid reviews or reviews from the company itself.

Below, you’ll find the common thread topics that I found across several forums and buying platforms such as Amazon.

I’ll start with the cons before moving to the pros. 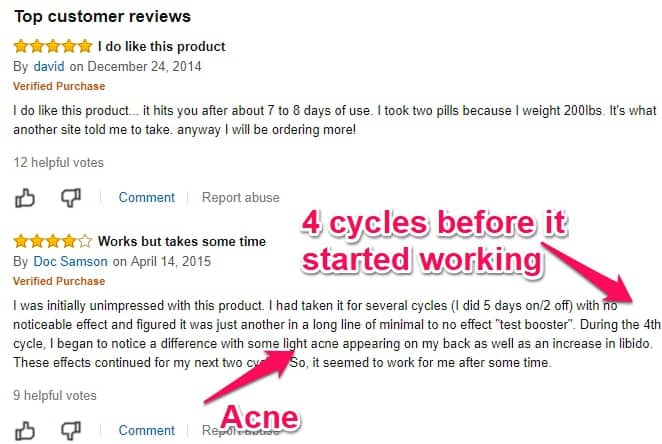 Side Effects Related to T-Boosters

Dosage Needs to Be Adjusted

Focus and Being In the Zone

How Much Bulbine Natalensis to Take to See Results?

As no scientific studies have been performed to find the exact dosage to see testosterone-based benefits, it’s tough to say.

The study performed on the safety of Bulbine Natalensis had subjects taking 650 mg throughout the day (325 mg in the morning and 325 mg in the evening).

From that, we know that 650 mg is well tolerated but that’s not even close to the 50 mg per kilogram of body weight we saw in the Wister rat study.

To play it safe, I’d start with 650 mg of Bulbine Natalensis for one cycle of 4 weeks.

Evaluate how you feel and if you’ve made any progress.

I’d also suggest getting your t-levels checked before and after you take Bulbine Natalensis.

If you can successfully complete one cycle at 650 mg, try increasing the dosage between 1,000 and 1,200 mg for another cycle.

If you want to copy the Wister rat study, the sweet spot for testosterone boosting benefits is 50 mg per kilogram of bodyweight.

If you are using pounds, you just need to convert.

I’m not advocating for you to jump right into the same arena as the Wister rat study.

In fact, since there is a lack of scientific evidence and a chance of liver damage, I’d go with the safe route and see where that takes you.

Better to start low and gradually increase the dosage.

If you do go the route of 50 mg per kilogram of bodyweight, I highly recommend using a PCT (post-cycle therapy) supplement after your cycle.

With its potential benefits for testosterone, workout performance, and recovery, Bulbine Natalensis may be an ideal stacking compound.

Where to Buy Bulbine Natalensis

It can be really tough to find a reputable brand of Bulbine Natalensis.

It’s either dramatically under-dosed or it’s mixed in with several other ingredients.

There are several brands out there but the reviews are mixed or strangely similar in phrasing, which raises red flags of paid reviews.

Below, you’ll find the two brands that I would try.

Have You Used Bulbine Natalensis?