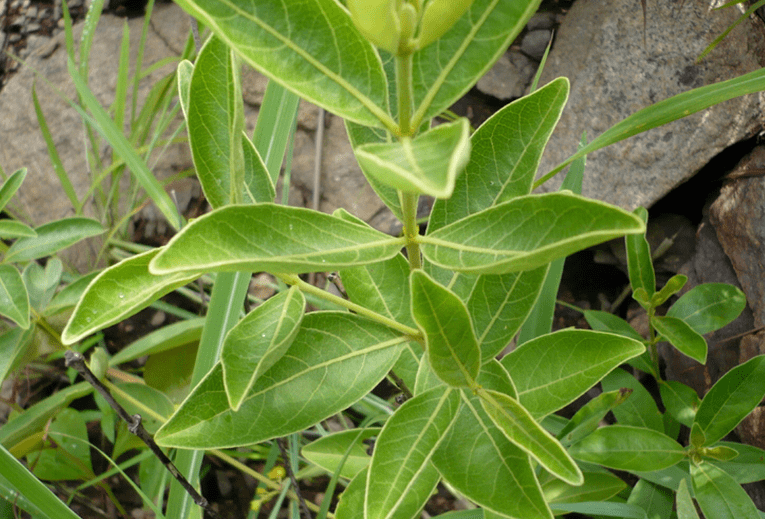 Recently I had one of my site visitors ask me about an extract called Fadogia Agrestis.

Up until this point I had never actually heard about it, but it’s what he said next that intrigued me.

“I heard that Fadogia Agrestis is 200% stronger than Tribulus Terrestris in boosting testosterone.”

If you’ve read some of my reviews on Testosterone boosters or male enhancers, you’ll see that many of them contain the controversial substance called Tribulus Terrestris.

Likewise, one of the best testosterone boosting supplements I’ve ever tested, Testoroxyn Test-Tone Elite, also has it as one of it’s primary ingredients.

The reason I say “controversial” because people fall into 2 categories when it comes to Tribulus and it’s supposed testosterone boosting effects.

I’m not going to get into a debate about the actual effectiveness of Tribulus Terrestris and whether or not it REALLY does boost testosterone in healthy men.

We can talk about that in another article.

Instead, I decided to investigate this new controversial substance that seems to be hitting bodybuilding circles in full force.

1.  What is Fadogia Agrestis?

According to WebMD, Fadogia Agrestis is a plant from Nigeria, and that it’s becoming popular among athletes and bodybuilders as a safe and effective alternative to steroids. Research has been VERY limited to Fadogia, but fortunately, there have been a few clinical studies conducted.

According to the first study that was conducted in rats and subsequently published in December of 2005, an extract of Fadogia Agrestis was prepared by evaporating a watery solution of the extract into a semi-solid state.

The rats were divided up into 4 groups, with 1 group being the control (they were basically fed water), and the other 3 groups receiving 3 different doses of the extract (18, 50, and 100 mg per kg of body weight respectively).

Since the average weight of a rat is about 383 grams, this basically translated to:

They were fed these doses for a period of 28 days, and the results were pretty astounding.

Researchers in the first study about Fadogia found:

I’ve seen a lot of hype about Fadogia Agrestis being toxic, and at first, I had NO idea how they were drawing that conclusion.

I mean, I read through the first study like 4 times, and I see no mention of any toxicity. Well, it turns out there were another 2 studies conducted on Fadogia Agrestis, which are BURIED in the search results.

They paint a VERY different picture.

The second one, which was actually conducted by the same researchers in the first study, noted the following:

If this makes absolutely no sense to you either, then just know that you’re not alone.

When I first read about fadogia; I was like “WTF are they talking about?”

Basically, all of the bullet points listed above are essentially evidence that larger doses of Fadogia Agrestis ARE indeed toxic.

A third study confirmed this, noting that Fadogia Agrestis caused a disruption of the ordered lipid bylayer of the plasma membranes of the hepatocytes and nephrons.

So while you may see some increase in testosterone levels with Fadogia , it will come at a price.

What about HUMAN reviews of Fadogia Agrestis?

As far as customer reviews, there’s not a ton of feedback on Fadogia Agrestis just yet.  The 2 reviews on Amazon painted a mixed picture. As you can tell, not very reassuring.

I poured through a couple of popular forums, including Anabolicminds.com and Bodybuilding.com, and the general consensus seems to be that it really does work.

Some of the most common effects I read said they experienced:

These are all common effects (and side effects for some) of taking anything that can increase your testosterone.

4.  Speaking of side effects, are there any with Fadogia Agrestis?

The biggest side effect from Fadogia Agrestis seems to be increased nut size.

You heard that right… Fadogia grows your balls lol.

And finally this guy…

I saw more than one guy saying this, so it can’t just be a coincidence.

Some of the other more common side effects seemed to be an onset of acne, DECREASED libido, and mood changes.

5.  Where can you buy Fadogia Agrestis?

As of this review, I found 3 supplements that contain Fodgia Agrestis.  There’s Tropinol XP capsules by iForce nutrition, a supplement literally called Fadogia by Fundamental Nutrition which is sold on eBay, and an extract that is sold on Amazon.

There is absolutely NO doubt in my mind that you’re going to start seeing Fadogia Agrestis popping up in over the counter testosterone boosting supplements soon.

Whenever an herb like this hits the market, the claims start to go wild.

You’ll hear everything from:

I can almost read the claims in my head as I’m typing this.

They are somewhat tiresome claims as a large amount of them cannot even necessarily be substantiated and a lot of it is up in the air, but like many other similar products of course it is going to use strong and eye catching language to sell themselves.

There’s not too much known on Fadogia Agrestis, so it’s hard to make a clear cut recommendation.  As noted above, it hasn’t been studied in humans, and 2 of the 3 studies in rats show that it may cause toxicity.

The choice is yours, but if I were you I would hold of on taking it until more research surfaces about Fadogia stating that it’s safe to take.

In the meantime, you might want to consider checking out a supplement called Testofuel.

It’s by far the best testosterone boosting supplement I’ve ever tested, and that’s no bullshit.

I literally had testosterone levels checked both before and after taking it for 3 months, and my total went up 50%, and free went up 35%.

Click Here to read my full review of Testofuel to learn more.

Have You Used Fadogia Agrestis?  Leave Your Review Below!

Check Out My Top Choice For Testosterone Boosters Here!! (Must Read)

One comment on “Does Fadogia Agrestis Work? YES, But There’s A Catch”