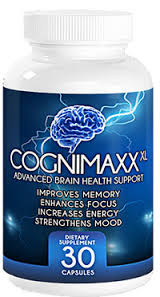 Smart pills are becoming all the rage.

Judging by the emails I get every day, I wouldn’t be surprised if these brain boosters are the fastest growing segment in the entire supplement industry.

They’ve actually been around in some form or another for decades, but their popularity really exploded when Bradley Cooper starred in a movie called Limitless in 2011.

Cooper’s character starts out as kind of a hapless loser, but he takes this Limitless Pill, and all of a sudden he’s using his full brain capacity to become incredibly productive and successful overnight.

He makes millions in the stockmarket, he writes a novel in one night, and is well on his way to bringing peace to the Middle East before the bad guys try to take him down.

When it first came out, everyone thought it was just fiction, the kind of thing that only happens in the movies.

But along came supplements like CogniMaxx XL, saying they have what it takes to turn that kind of potential into reality.

Cognitive capacity does indeed drop off somewhat as we age.

That’s why you see those brain programs like Luminosity.

But according to an “article” you may have read:

In fact, this same article states that CogniMaxx XL was the actual pill used in the Limitless movie.

When we first read this article, we smelled a rat.

So, if you’re a relatively bright guy with an IQ of say 110, CogniMaxx XL will increase it to 194. Stephen Hawking has an IQ of 160, so their data is questionable to say the least.

More About The “Article”

Let’s talk a little more about this Forbes article that’s getting so much attention. You’ve probably read it.

It may even be the reason you’re here.

When we first read it, a few red flags popped up immediately, so we looked closer, and that’s when we became convinced that the whole thing is just pretty much a fake. 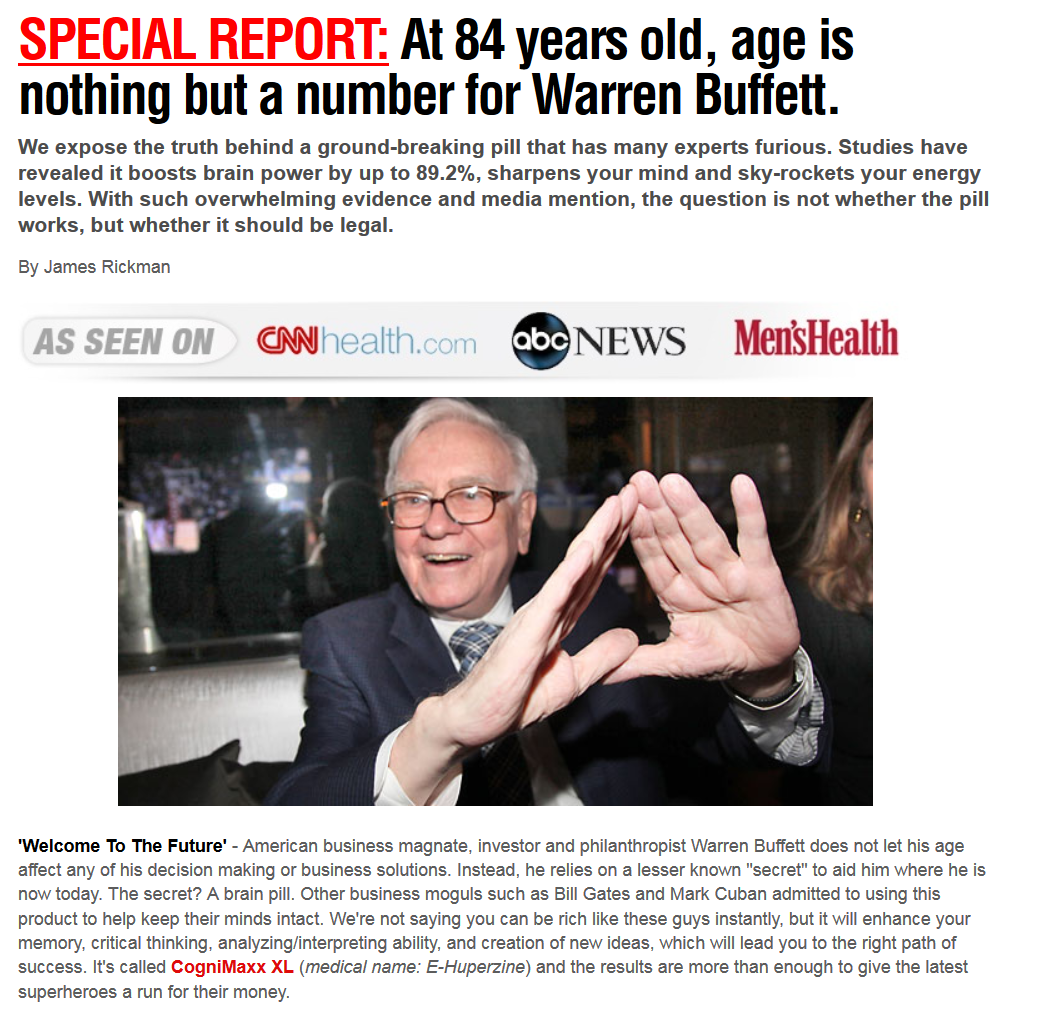 There have been lots of legitimate profiles done over the years on Warren Buffet and the secrets to his success.

The truth is, the article really isn’t an article at all.

It’s an advertisement trying to look like an article, hoping to gain an air of legitimacy.

The article makes a big deal about how CogniMaxx XL has been clinically tested at The Nottingham Clinical Trials Unit (NCTU).

It says The NCTU has conducted over 2000 trials on CogniMaxx XL and its secret ingredient, Bee Pollen, but we have a couple of problems with this statement:

By my count, we’re up to at least 2 strikes for this “article.” Here’s number 3.

The article references a tweet put out by the Limitless Movie when it first came out:

But… the movie came out in 2011. We can’t find any evidence that CogniMaxx XL came on the scene before 2014. So that Tweet just didn’t happen. While looking into this, we found the real original tweet, and a similarly Photoshopped one for a different product. 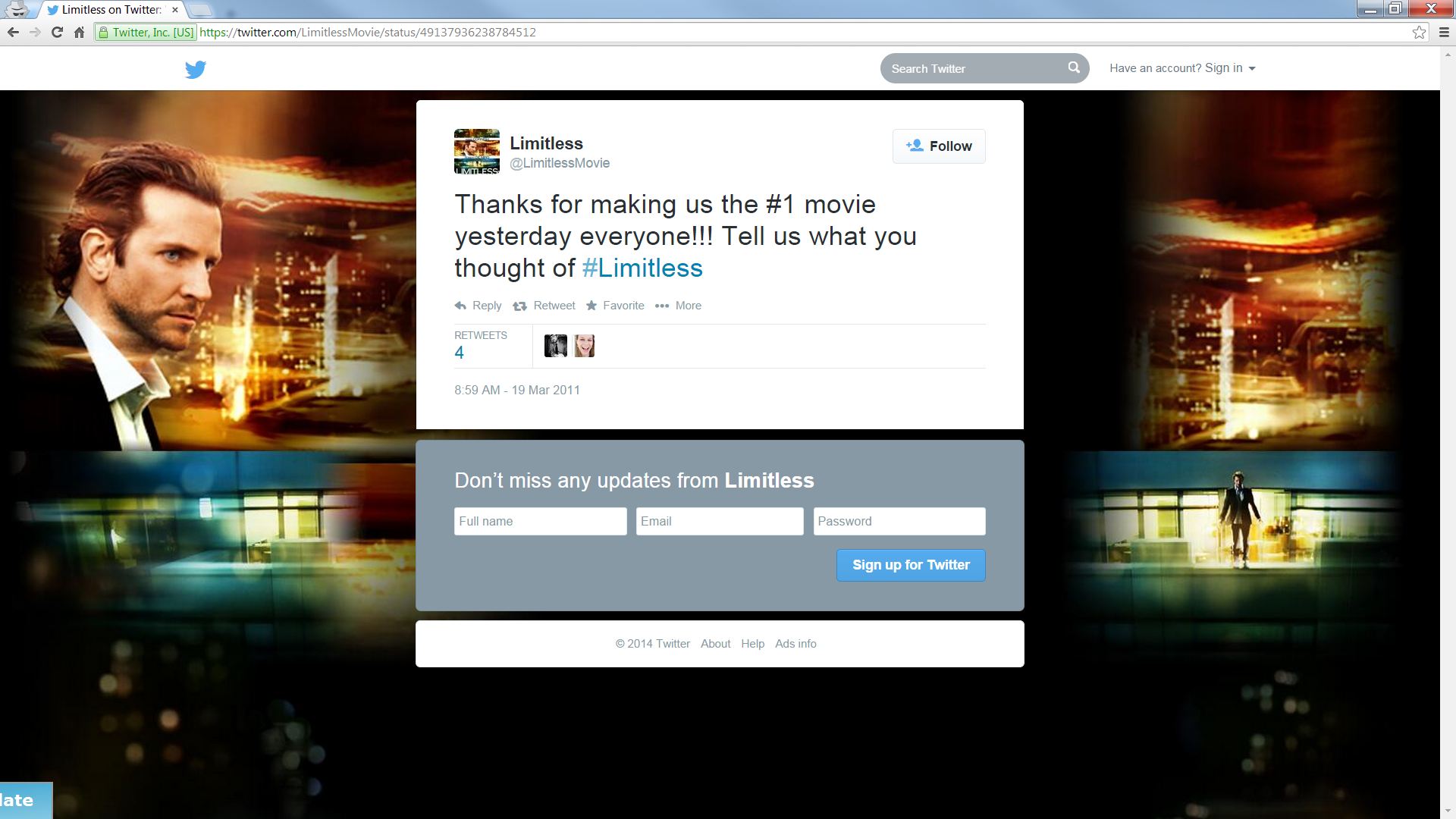 The Other Phony Article

Just for good measure, we’ll take it to 4 strikes.

The article was supposedly written in February 2014 by Robert Langreth.

Robert Langreth was indeed a reporter who worked at Forbes.com, but he left in 2011 for a job at Bloomberg. 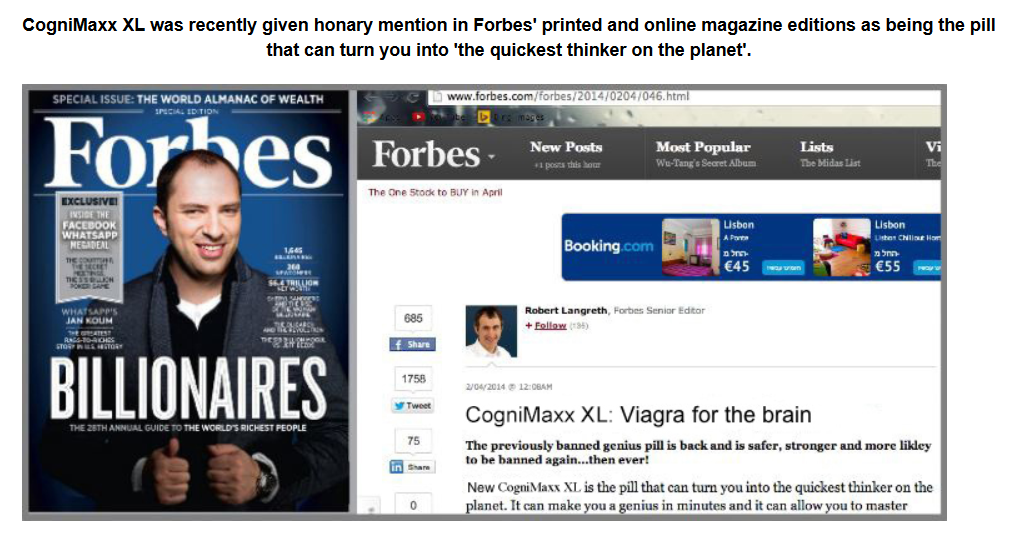 The real articlethat this one is pretending to be was actually written in 2002, and there’s no mention of CogniMaxx XL in at at all.

CogniMaxx XLdidn’t even exist at that point.

And if you’re still not convinced, here’s the clincher.

Right at the foot of the article, there’s little note:

It’s says right there, in gray text on black background so you can hardly read it, that this page has NO AFFILIATION with Forbes.

So, if you still believe this is a Forbes article, I guess we’re going to have to agree to disagree.

But Does CogniMaxx XL Work?

Hopefully, you’re getting the picture here.

There was no article in Forbes Magazine about the amazing new pill and its potential to make you a super smart billionaire. But what do we know about CogniMaxx XL?

Maybe it isn’t as phenomenal as they say, but does it work?

Can it make you think better and remember more easily?

We looked into that too, and honestly, it’s tough to tell.

That’s a shame because it’s hard to get a good feel of how something will work when you don’t know what it’s made of.

But we found a few hints here and there about some possible ingredients:

Bee Pollen.According to the “Forbes Article,” Bee Pollen is the secret ingredient that brings it all together.

But as we mentioned above, there’s no evidence that Bee Pollen is beneficial to cognitive ability at all.

This ingredient can increase blood flow throughout the body, including to the brain.

The benefit is that with the improved blood flow comes more oxygen and nutrients feeding your brain and your brain power.

Vinpocetine which has been used to combat cognitive degenerative diseases like Altzheimer’s Disease.

It may improve both short and long term memory.

Those are the ones referenced in the article.

Another source lists Phosphatidylserine as well.

The way it’s thought to work is by increasing cell regeneration.

If they are actually in the formula, Vinpocetine and Phosphatidylserine are both solid choices for any brain boosting supplement.

And Ginkgo is great in a supporting role.

We just wish we knew for sure they’re in the formula and if so, is it more than just a dusting?

Where to Buy CogniMaxx XL

CogniMaxx XL is only available online. You won’t find it in supplement stores, drug stores, or even big box stores. I checked.

If you want CogniMaxx XL, you have to order it online. Conveniently, the article as well as several review websites, has a link to where you can do just that.

A single bottle costs $47, but if you buy multiples, you’ll pay a lower per bottle price.The biggest package deal is for 7 bottles for $197.00, bringing the per bottle price down to $28.14. There’s a 30-day money back guarantee, but it includes a restocking fee, so it’s not completely risk-free.

You’re here because you want to know if CogniMaxx XL works.It’s true I haven’t tried it yet.

I plan on ordering a bottle, and I’ll post my results as soon as I give it a fair shot.

But at this point, I’m not very hopeful.

I’ve tried several other products that used the same advertisement article – the EXACT SAME article – just with a different product name plugged in.

None of them were very effective.

The bottom line is that if the centerpiece of your marketing campaign is a falsified article pretending to come from Forbes magazine, you probably don’t have much faith that your product’s results will speak for themselves.

Keep checking back for updates though.

I will update this review as more information comes in!

Have You Used CogniMaxx XL?