We’ve heard the debates, the arguments, the never-ending questioning of: what’s the most important organ in the body?

We’ve seen the mixed results: the liver, the heart, and the brain, generally topping the list.

Though we concur that all three are incredibly vital to the body’s internal functioning, we have to side with the big man: the brain.

Whether the brain is truly the most important organ in the body is indeed arguable, but according to the National Institute of Drug Abuse, it’s the most complex.

No doubt about it, the brain is one powerful organ.

Those little neurons in our brain have the monumental responsibility of sending data from the brain to the rest of our body.

In other words, the brain communicates with other organs in the body by transmitting messages through neurons, which also store information as memories.

Despite its seemingly superhuman strength, the brain can be debilitating as well.

Like when you just want to concentrate on a sole idea, but it keeps bouncing schizophrenically from one thing to the next. 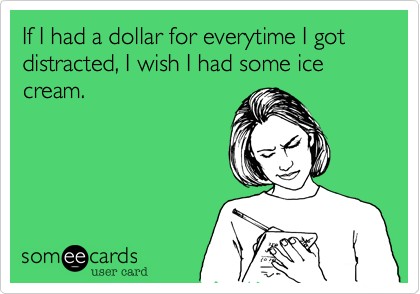 Or when all you desire is sleep, but it insists on keeping you awake. 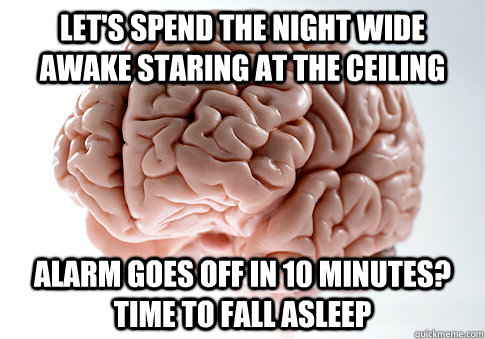 At times like these, you might wish for a solution, something atypical to medications and their adverse effects.

At times like these, nootropics may be the answer you seek.

What are Nootropics Anyway?

We admit, the word “nootropics” does have a strangely intimidating yet enticing ring to it. “Noo,” sounds ominous, or like a warning. “Tropics,” sounds deliciously inviting.

In reality though, nootropics is an umbrella term for a class of substances (some natural, and some synthetic) that provide the human brain with cognitive benefits.

Along with promoting cognitive functions, some nootropics have anti-stress and sleep support properties.

Sounds cool?It gets even cooler…

The psychologist and chemist who invented the word “nootropics”, Dr. Cornelius E.

Giurgea, attached five criteria a nootropic must have to qualify as such.

Giurgea’s requirements can be viewed as protective measures to ensure the substance is produced in a way that shields the brain, instead of harming it.

True nootropics are supposed to: 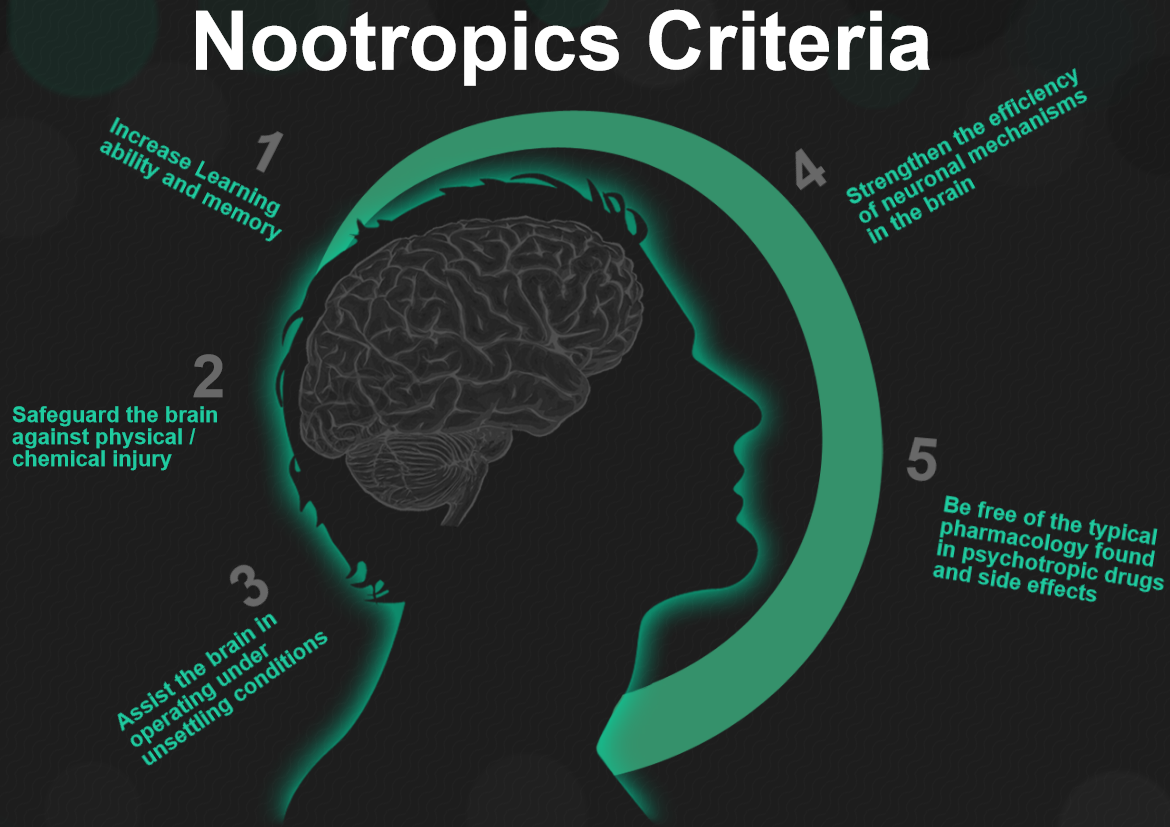 Clearly, Giurgea put a lot of thought into his criteria.

But when it comes to science, it’s given that other players will come up with their own observations and proposals.

Still, the general consensus is that nootropics should have a well-developed safety profile and little to zero toxicity.

Any healthy adult seeking to improve his or her mental faculties can become a nootropic user.

In fact, the online nootropics community is made up of mostly healthy individuals looking to use nootropics to attain motivation and more lucid thinking.

An online survey on nootropic usage reveals most of the respondents as males.

The survey targeted people in two of the biggest online nootropics communities: Reddit and LongeCity.

Participants were asked to describe their experiences with 31 different substances. Those substances ranged from Armodafinil to Ginkgo Biloba, and many common nootropics in between. 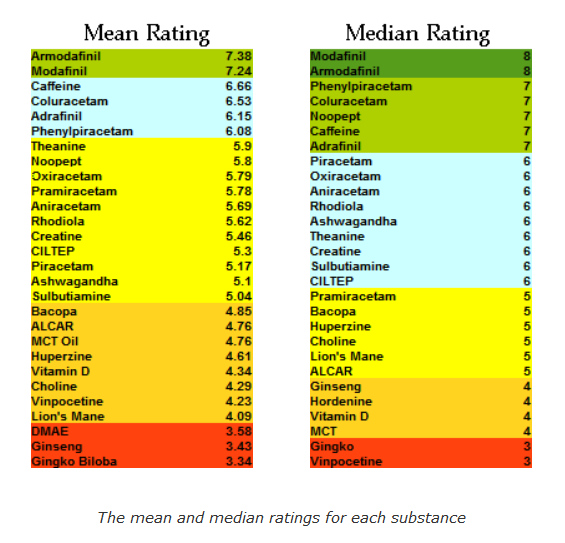 But that’s not to say that only “youngsters” use nootropics.

Remember, the survey interviewed only a designated number of people, and only some responded.

So, somewhere out there are probably hordes of other people adding to the nootropics-user base.

But we will stick to what we can support.

Besides being used by enthusiasts for learning, studying and sharpening their mental firepower, nootropics has been shown to help the elderly and those suffering from brain trauma.

Even Russian astronauts got in on the action, taking nootropics to boost their mental capacities in space.

We know, it’s tempting to believe, or want to believe, that the benefits of nootropics are the cure to all of our mental problems.

From this belief stems the illusion that nootropics will transform us into geniuses or make us more intelligent. 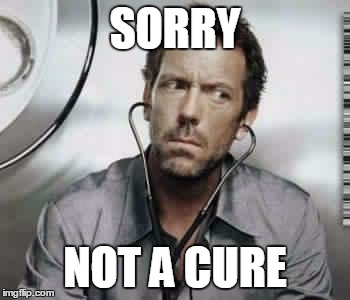 They do not improve intelligence or produce blinding brilliance.

For instance, nootropics make it easier to concentrate on tasks and improve productivity.

But they will not automatically turn an average thinker into the next virtuoso philosopher.

They can, however, make him more adept at getting things done.

While we’re at it, let’s slash the myth that nootropics should always produce instant results.

The effectiveness of nootropics varies from one person to the next and depends on a myriad of factors, including weight, body chemistry, sleep patterns and diet. 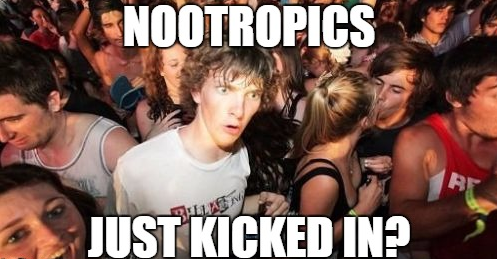 That said, while some nootropics may work within a few minutes, others may take a few weeks to kick in.

First-time nootropic users, especially, should be aware of this.

As we read about the impressive benefits of nootropics on various websites and forums, expectations may be exceedingly high going in.

Not experiencing an effect right away might cause frustration and the feeling that the supplement just “doesn’t work.”

They also don’t produce a “high” like your typical dose of Adderall would. But, they do work, it just takes some time.

Hang in there – good things come to those who wait.

Nootropics Versus Smart Drugs: Is There a Difference?

Chances are, you have already searched the Internet for the word “nootropics” and got redirected to a bevy of articles referring to them as “smart drugs.” This can get confusing, as many websites don’t explain whether there’s a difference between nootropics and smart drugs.

Yet there is a difference, according to an article written by Dr. Andrew Hill, lead neuroscientist at truBrain.

In the nootropics community, however, the terms are often used interchangeably.

Since it’s generally acceptable to label nootropics and smart drugs as one in the same, there’s nothing wrong with adopting this trend.

But for the sake of knowledge and accuracy, it pays to know the difference.

Smart drugs are usually prescribed by doctors to treat symptoms of mental or cognitive disorders.

Smart drugs typically contain stimulants, which boost energy and focus, but can also be detrimental in someone with heart or cardiac issues.

The stimulants in these drugs increase dopamine and norepinephrine levels, which can cause tolerance and dependence, negatively affecting stress levels, appetite, mood, as well as a wide range of cardiac effects. 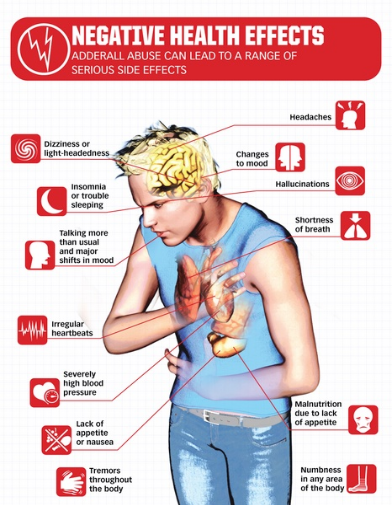 Smart drugs operate like amphetamines in that they stimulate the brain’s neurotransmitters to promote focus and alertness, similar to how caffeine operates.

On the flip side, a nootropic is a non-prescribed natural or synthetic compound made from herbs, vitamins and other supplements.

It’s designed to increase or safeguard cognition, and when taken properly by a generally healthy individual, typically does not produce side effects.

As Giurgea stated, the objectives of nootropics should always be to promote cognitive abilities and flow, while avoiding the side effects of harsh substances such as stimulants.

Hopefully, this introduction has given you sound insight into the fundamentals of nootropics.

Now it’s time to dig deeper and discover the different types of nootropics.