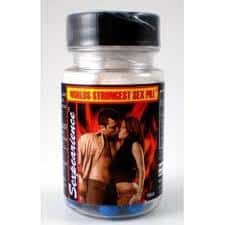 Sexperience is the name of a sexual enhancement product claimed to have effects on both men and women. However, by taking a look at the list of ingredients, Sexperience seems to be geared mostly towards male consumers, as some of them are clearly natural fighters against erectile dysfunction symptoms and low libido.

Another thing that must be noted about this natural formula is that it is not sold through an official website, but only through retailers.

Also, the lack of Sexperience reviews from consumers that have really tried it is worrisome to some extent. 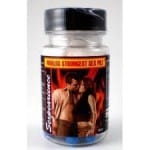 Sexperience has quite an impressive list of ingredients, and many would be very inclined to think that it is a great ally in fighting male sexual issues.

The second ingredient in Sexperience that must be noted is Yohimbe bark extract, the only natural ingredient that has ever been approved as being effective in combating erectile dysfunction.

Other ingredients in Sexperience include Ginseng – great for maintaining stamina during intercourse – , L-Arginine – considered a great adjuvant in stimulating blood flow to the penile area – and Gamma Aminobutryc Acid, used to combat stress.

By the looks of things, this product does have the right ingredients to make it count as a natural sex enhancer.

Where to Buy Sexperience

Sexperiencecan only be purchased from online retailers, such as eVitamins.

From the look of things, Sexperience does not have an official website, so all the information about it can only be obtained from third parties.

It must be noted that Sexperience is not available for sale in brick and mortar stores.

The market for male enhancement is invaded by all kinds of products, so it may be difficult to choose one of them. Sexperience is a pill that seems to contain almost all the right ingredients to help men combat efficiently erectile dysfunction and lack of desire.

However, the lack of an official website and personal testimonials is not encouraging, as far as Sexperience is concerned.

There are no lab tests to attest that this product is as efficient as it claims.

Also, Sexperience is said to work for both men and women, but there are no clear explanations how it should work for female users.

While the list of ingredients is impressive and all natural, caution is advised when trying out this product, as it may not be all that it is made out to be by those selling it.

Have you used Sexperience?

If so, leave your review below!

Where can i get sexperience pills at -Craig

It's only available online. I see you can find it at a company called evitamins.com.- Rob