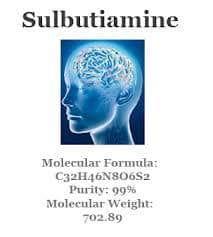 Home » Nootropics » Sulbutiamine Review – Should You Use It?

Believe it or not, there are supplements out there that can help you be more alert, more aware, more able to learn, understand, and remember, and better at focus and concentration. These supplements are technically called nootropics, but they’re also known as smart drugs, brain boosters, ADD/ADHD alternatives, and memory enhancers (to name a few). Once you start looking, it’ll seem like they’re everywhere and everyone’s using them.

And if you want to gain or maintain a competitive advantage in your academic or professional life, you may want to as well.

The nootropic we’re taking a look at today is Sulbutiamine. It’s got some pretty avid fans, so we wanted to see if we could find out why. 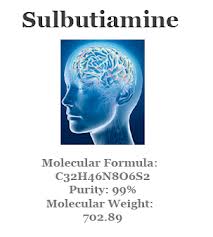 Many nootropics work in very similar ways, by stimulating certain neurotransmitters in the brain. They are mainly racetams, and they use similar mechanisms to achieve their effectiveness. But Sulbutiamine is a little different. It’s a derivative of Vitamin B1 or Thiamine. It acts on the brain by allowing certain receptors, like those for choline, glutamine, and dopamine to work better. This improves mood, minimizes inhibitions, makes you feel more alert, and improves memory and concentration. You may be wondering why you didn’t already know this about Thiamine and why isn’t everyone just loading up on this vitamin? The answer is that Sulbutiamine is able to easily cross the blood brain barrier, where ordinary Thiamine is not.

Most nootropics, including Sulbutiamine, are not regulated by the FDA because they are considered supplements, not drugs. This means that there really isn’t a formal “recommended dose.” Instead, you do your homework and rely on the recommendations of other people that have used them. In the case of Sulbutiamine, there seems to be some consensus that a reasonable dose is about 600 to 800 mg. Tolerance is built up fairly quickly with Sulbutiamine, so it’s not something you’d take every day.

You’d use it to help with an all night study session for example.

Sulbutiamine is fat soluble, so you’ll want to take your dose after a meal.

When you take Sulbutiamine, you should feel awake and alert, but in a clean, non-jittery way. Your memory and recall should improve. And you should feel less shy and with fewer inhibitions.

Sulbutiamine is not, however, something you should take every day because you will build up a tolerance pretty quickly.

Taken at normal doses, there are no reported side effects. There has been little to no study on higher doses. There is some concern, however, that the effect of Sulbutiamine on dopamine levels is similar to that of cocaine, in that it disables natural dopamine receptors, making it harder to feel good without it.

This would indicate that Sulbutiamine is addictive. This has not been confirmed, but it is something you’ll want to look out for.

You can buy Sulbutiamine through online supplement stores, and it’s pretty cheap. Smart Powders sells a bottle of 100 capsules, 200 mg each for $10.99. You can also buy it in powder form.

Sulbutiamine is an interesting nootropic. It has a reputation as being really effective, to the point where many people consider it a party drug. This may be great, but you may be getting more than you bargained for.

Have You Used Sulbutiamine? Leave Your Review Below!