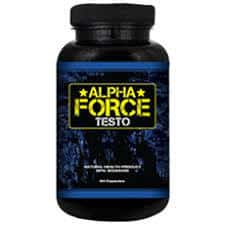 It can be hard to keep up with all the new testosterone boosting products sold in the online market.

New ones come out what seems like every day.

I think it’s actually getting to the point that they’re running out of original names, making it difficult to even remember what we’ve already covered and what we haven’t.

It sounds an awful lot like Alpha Limit, Alpha Max Testosterone, True Testo, Force Factor, or some new combination of all of them. But that’s marketing for you.

There are a few words that test well in their focus groups, so they use them over and over.

But Alpha Force Testo is a new product so let’s have a look.

What Is Alpha Force Testo?

I haven’t seen Alpha Force Testo talked about in one of those phony scam ESPN articles that we’ve talked about in exposes like this one: No, LeBron James Did Not Use That Supplement

I was actually alerted to Alpha Force Testo by a customer wanting to know if I would check it out for him.

He’d seen it one of his social media feeds and didn’t want to jump in until he’d run it by me.

Turns out, that may have been a good call.

Alpha Force Testo is billed as a natural testosterone booster that can help boost your work outs in the gym as well as your desire and performance in the bedroom.

Once we pass through our mid 20s, our bodies begin pumping out less and less testosterone.

We don’t notice it at first because at that point our levels are still quite high.

But once we hit about our mid 30s, it’s a good idea to try a natural boost to remain in top form as the years pile on.

By helping your body maintain a good supply of testosterone, you’ll hold on to your:

Alpha Force Testo claims to help you maintain that high T, so let’s see whether and how it does.

At one time, Alpha Force Testo listed their ingredients at their official website.

That list appears to have been removed at this time, but I was able to track down a captured screen shot of the label, giving us the insight we need into what’s actually in the formula:

It starts off with a number of Vitamins and Minerals, many of which play a direct role in the body’s testosterone production process.

There’s Vitamin C, Vitamin D, Vitamin B6, Vitamin B12, Magnesium, Zinc, Selenium, and Boron, each of which is believed to or has been proven to help the body produce more testosterone.

The rest of the formula is comprised of a 197mg proprietary formula consisting of:

My real concern here is that the proprietary blend, with each of the above listed ingredients and more, amounts to a total of only 197 mg per serving.

There’s no possible way that’s enough to provide an effective amount of any of the ingredients.

L-Arginine alone calls for a dose of 3-5 GRAMS per day, clearly far more than Alpha Force Testo can even come close to.

It’s hard to believe there’s enough of any ingredient at all to be effective.

How to Use Alpha Force Testo

The recommended dose is 2 capsules per day with food, making sure to leave a cushion of 2 hours between taking Alpha Force Testo and any medications you may take.

Alpha Force Testo is primarily sold at their official website, which you can usually access through “review” sites designed to funnel visitors through to their website.

Once you get there, if you want to order, you must sign up for their free trial offer.

If you haven’t heard about these online free trial scams yet, it’s probably a good idea to take a moment to read our article explaining the whole process: Free Trial Supplement Scams – The Ugly Truth

Now let’s look at how it works in the particular case of Alpha Force Testo.

On the Alpha Force Testo home page, they urge you to “Hurry!

They don’t actually say the word “free” in this case, but it’s absolutely implied, and when you click through, the price is shown as “$0.00”. 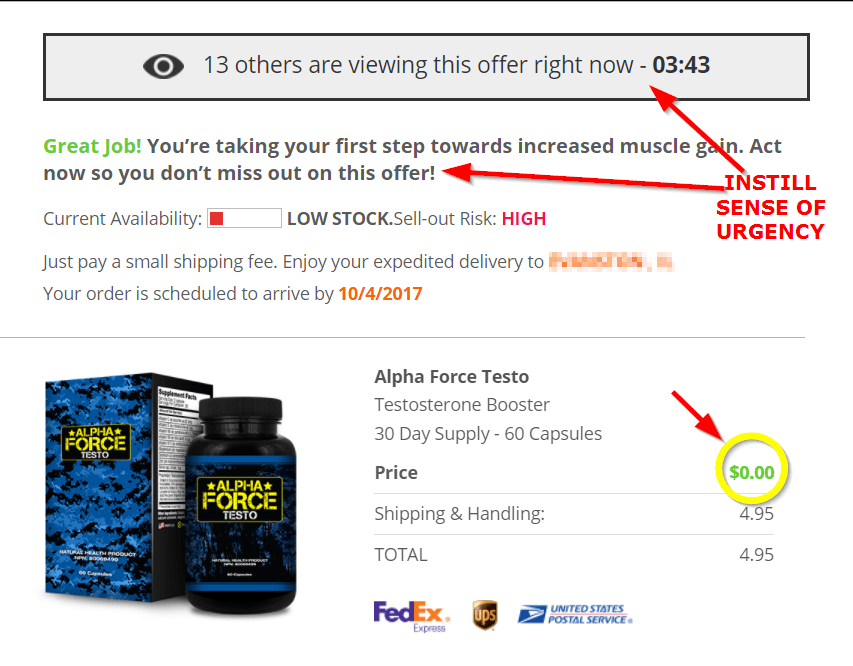 And this is where most customers think it ends.

You get a free trial, and if you like it, you can order more. But this is definitely not the case.

If you check into the actual Terms Document for the deal, you’ll learn the full story.

In case you can’t read that fine print, let me spell it out for you.

When you sign up, you pay a $4.95 shipping fee, and they send you a 30-day supply for an 18 day trial.At the same time, they sign you up for a monthly autoship program where you get a new full price bottle each month.

If you don’t want to be charged for the original bottle and you don’t want to receive a full price bottle each month, you must call Alpha Force Testo to cancel the subscription – you know – the one you had no idea you were even signing up for.

If you don’t make the call, 18 days after you placed your trial order, they will charge your card $89.41 for the original bottle, and that same amount plus shipping every month from then on out.

I get emails from guys every day who thought they were signing up for a no-strings attached deal only to get ambushed with hundreds of dollars in charges over the next few weeks and months.

I try to warn as many people as I can, and to reveal as many specific products as possible, but there are so many on both sides, it’s impossible to reach them all.

Ultimately, there’s nothing wrong with a monthly subscription, the problem is more that most people don’t know that that’s what they’re signing up for, and Alpha Force Testo does that by design.If customers don’t understand the terms of the deal, then they’ll get at least a month or two of charges out of them before they catch on and call to cancel.

Even once they know to call, it’s often difficult to reach the company, and when you finally do, they make you haggle and fight to get your refund and/or cancel future payments.

Are There Any Other Ways to Buy It?

One aspect about Alpha Force Testo that’s at least a little better than a lot of other Free Trial products is that it’s also sold (at least for now) on Amazon, and the price is much more reasonable too.

A one month supply will only set you back $32.97, and it’s a one-time purchase, no strings attached.

Because it’s sold on Amazon, we have access to customer reviews, and in the case of Alpha Force Testo, the reviews actually look quite good.

That’s a pretty good record, with many that look similar to these: 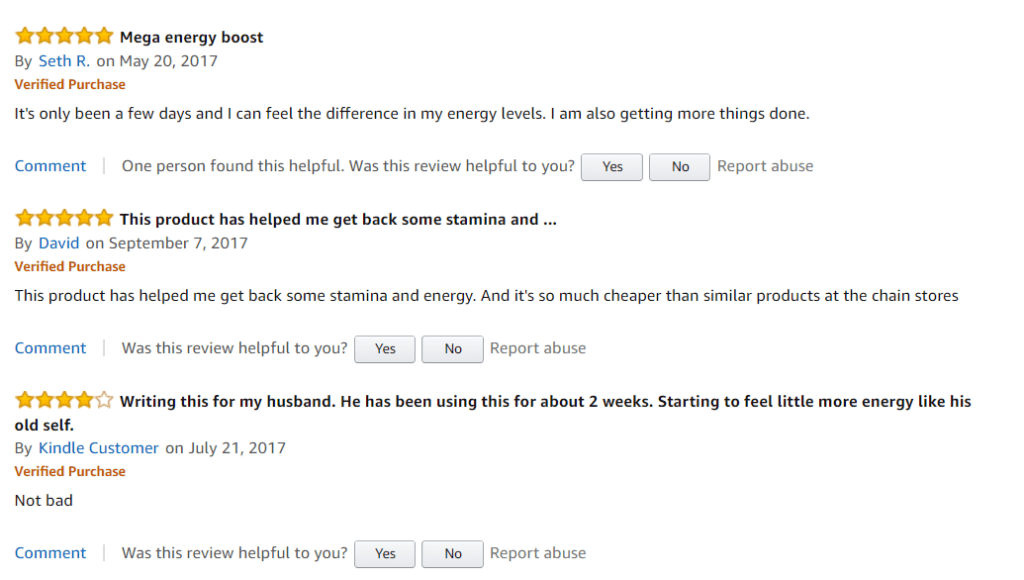 Without having tried it myself, I’d say that in most respects, Alpha Force Testo is a pretty average natural testosterone booster.It’s not the worst I’ve seen, and it’s certainly not the best either.

I do like the formula, except for the tiny amounts that must make up the 197mg proprietary blend.

I would not recommend signing up for the free trial, unless you are fully aware of the terms and willing to make sure you follow them to the letter to make sure you don’t get charged more than $80 for something you can get for less than $35.

That’s what I would advise.If you like all the positive reviews on Amazon, buy it there.

That way, you’ll pay less than half of what you’ll pay through the website, and you don’t have to worry about getting caught up in monthly payments.

Have You Used Alpha Force Testo?