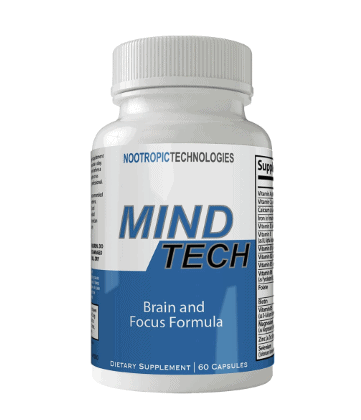 Nootropics have become increasingly popular in recent years for their potential to increase brain function.

There are several products on the market with various different compounds, and in order to select one for you to try, you will want to have some understanding of these ingredients.

In this review, we will cover the Mind Tech Booster supplement and what is included in the formula.

By understanding these ingredients you will be able to make a better-formulated opinion as to whether or not these types of supplements may work for you.

How Does Mind Tech Booster Work?

Mind Tech Nootropics Technologies Brain Booster Supplement is a blend of ingredients that are designed to work together to increase cognitive performance.

These supplements come in capsules to be taken two at a time as needed and contain several beneficial ingredients.

What Are Mind Tech Booster’s Ingredients?

This formula contains several ingredients which we will discuss in this section.

Before we do that, here’s a snapshot of the ingredients label: 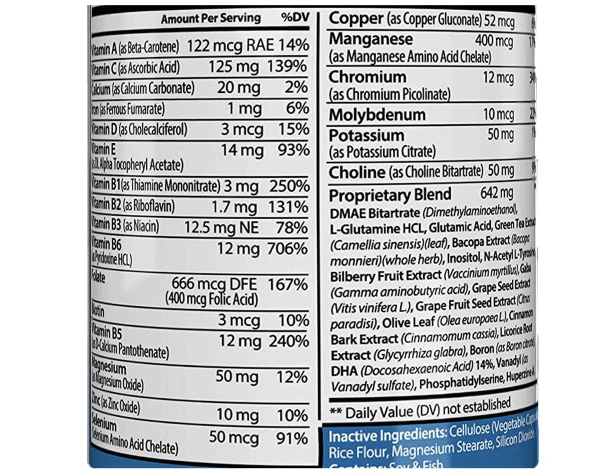 Vitamin A is a key vitamin for several human functions such as good vision, cell growth, healthy immune system.

You can get vitamin A from dietary sources, supplementation is a good way to ensure you are not deficient.

As Vitamin A is an antioxidant, it is beneficial to the brain and body and can assist in the function of a healthy brain. (Source)

Considered one of the safest and most effective nutrients.

It is included in several supplements such as this nootropic to ensure that the individual is not deficient.

Calcium is an essential mineral for the human body.

It affects several parts of the body such as bone-building and muscles. (Source)

Another essential mineral, iron is needed for transporting oxygen and carbon dioxide.(Source)

Low iron levels can cause anemia, which can have several side-effects like chronic fatigue.

Being deficient in vitamin D can be caused by several factors.

Limited exposure to sunlight, for example, is a very common cause of the deficiency.

Vitamin D is one of the most common deficiencies in the US, so having it in your supplement stack is important. (Source)

In recent years, Vitamin E has become almost as popular to supplement as have antioxidants.

Vitamin B is one of the essential B vitamins, sometimes known as Thiamine.

Vitamin B deficiencies can cause a variety of issues, so these are important in a nootropic blend.

Known as Riboflavin, this is included in the blend for its various benefits and to prevent B vitamin deficiency.

In addition, this blend includes vitamin B3, B5, B6, Folate, and Biotin—all essential B vitamins.

Magnesium is yet another important mineral essential to the human body.

Magnesium deficiencies can be relatively common.

Ensuring that you are not efficient helps to regulate muscle and nerve function, as well as a healthy immune system. (Source)

Zinc is a trace element essential for an immune system to be functional. (Source)

A lack of zinc can cause increased susceptibility to illness and disease.

Selenium naturally appears in the water and some food and plays a crucial role in metabolism. (Source)

Manganese is an important nutrient that can be found in several foods.

Having manganese in supplement form helps to ensure the body is not deficient.

This is another essential-for-life micronutrient, of which the body needs only a tiny amount.

Supplements are popular and can be beneficial in appropriate doses. (Source)

Potassium is a mineral and electrolyte that helps to ensure the muscles in your body function properly. (Source)

Being deficient in potassium or any electrolytes can affect hydration and how well the brain and body function.

It is made within the body but also requires dietary consumption or supplementation in order to keep from becoming deficient.(Source)

Also known as DMAE, this is a compound that many people believe can positively affect memory, brain function, and mood.

There are limited studies but a lot of anecdotal evidence that suggest s that DMA Bitartrate can enhance the general function of the human brain. (Source)

Often known just as Glutamine, this is an amino acid found naturally in the body.

Glutamine has been found to be an effective treatment for sickle cell disease. (Source)

Outside of this, there is anecdotal evidence that Glutamine may be effective for athletic performance and brain function, which is likely why it has been included in this blend.

Green tea extract is high in antioxidants and can be good for the brain.

The antioxidants found in green tea extract have been shown to protect the brain from oxidative stress and potentially reduce brain damage that can lead to disease. (Source)

Bacopa is a plant also known as Brahmi with a strong history in Ayurveda.

It is most commonly used for memory and cognitive function, along with anxiety and attention disorders. (Source)

There is anecdotal evidence that supports these claims, but nothing entirely concrete.

Often referred to simply as tyrosine, this is an amino acid that can be found in several food products.

Tyrosine has found popular use for memory, thinking, and drug dependence, but there is little concrete scientific evidence to support these claims. (Source)

Bilberry fruit has been used for several conditions and ailments but lacks scientific evidence to support the majority of the functions it is used for. (Source)

Still, anecdotal evidence suggests that many people have used this extract with success.

One of the major reasons people use grape seed extract in supplements is the high amount of antioxidants.

Antioxidants can be helpful in protecting the brain from free radical damage.

However, in the case of grape seed extract, there is no solid scientific reason to support these claims.

Olive leaf is a natural medicine with several beneficial properties.

Two of these properties are appropriate for a nootropic drug.

These properties are the neuroprotective property and the antioxidant property.

Neuroprotective compounds help protect the central nervous system, which is essential for brain health and function.

Cinnamon bark has a long history in traditional medicine.

It is loaded with antioxidants, anti-inflammatory may have anti-diabetic effects, and most importantly for a nootropic, may be beneficial to neurodegenerative disease.

Neurodegenerative diseases are related to the progressive loss of the function of the brain, and there are town compounds found in cinnamon that appear to help with this. (Source)

Considered one of the world’s oldest herbal remedies, this has been used medicinally for several of its benefits. (Source)

Though none of these benefits seem to be brain-specific, licorice root may be added into this blend for any number of its other protective benefits.

This is another mineral that is taken in supplement form to prevent deficiency and the issues that occur as a result. (Source)

Docosahexaenoic acid, or DHA, is a type of omega-3 fat.

Commonly found in fish, your body can only make small amounts of DHA and require food or supplementation in order to keep levels in a good range.

DHA has been proven to support brain function, making this a great addition to any nootropic or smart drug formula. (Source) 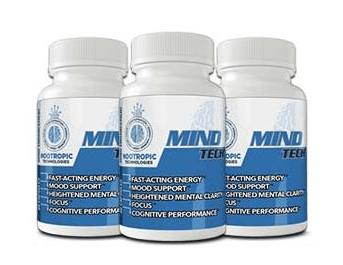 With all of the ingredients included in this formula, there is plenty of evidence that this product may be effective at increasing brain function.

Beyond this, there are several users that report that they have taken this product and had increased brain function as a result.

As each individual is different, there are also several individuals who report that this product has not worked well for them.

Overall, it seems that that Mind Tech Booster has more positive reviews than it does negative, by a good margin.

How Do You Use It?

This supplement is taken in capsule form.

The dosage is two capsules daily.

Where Can I Buy This Product?

As you have seen, this product contains several ingredients that together may make an effective nootropic.

Nootropics, or “smart drugs”, are gaining popularity and will likely continue to be widely used.

As a result, the sort of ingredients included in supplements like Mind Tech Booster will likely be subjected to additional research and we will proceed to understand more about their benefits.

Until then, you can remember that while many of these ingredients lack scientific evidence, there is plenty of anecdotal evidence to support their effectiveness.