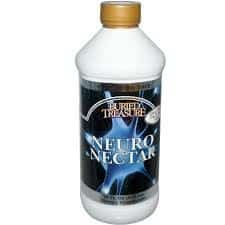 Brain Boosting supplements are popping up all over the place.

The idea that you can get smarter, pay better attention, have sharper focus and a more clear memory is pretty enticing.

Some products market themselves with flashy promises reminiscent of the Bradley Cooper move, Limitless.

But some are more low key, positioning themselves more as multivitamins with an added brain benefit.

It’s been around for years, so it’s not a fly-by-night kind of product, just trying to capitalize on the latest trend.

That’s a plus, but what really matters is how well it works.

So let’s take a closer look and see if we can determine something about that. 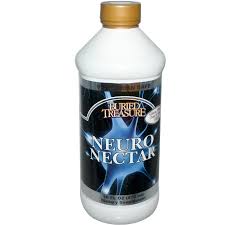 Neuro Nectar Ingredients and How They Work

Neuro Nectar provides a complete ingredient list along with amounts, so that’s a plus. Lots of supplements of this kind don’t offer up that level of ingredient detail.

Along with B-Vitamins for energy and overall health, the vegetarian and gluten-free formula contains nootropic ingredients such as:

The recommended dose is 2 tablespoons of Neuro Nectar taken once a day with a meal.

The recommendation is that you mix it with juice and drink it that way.

You can purchase Neuro Nectar through several different online retailers, including Amazon and Drugstore.com.

You’ll typically pay about $25 for a bottle that should last 3-4 weeks.

If your new to brain boosting supplements and you’re more curious than anything else, Neuro Nectarmay be a good place to start.It’s not incredibly innovative, but it does contain some of the ingredients we look for in this sort of thing.

And the price point is low enough that you’re not taking too much of a financial risk.

Have You Used Neuro Nectar?