I had someone ask me just yesterday if I had ever heard of a supplement called Alpha Titan Testo.

Up until this point I didn’t, but I did take a quick look and determined that it was most likely a scam.

Then, today I get 3 separate emails from 3 individuals asking if I ever heard of a supplement called Alpha TRT.

That one I actually have a review of, and sent the people to it.

I asked them where they heard about it, and they told me there was some ad on some site that said he used it to ‘cure’ his ED.

The final nail in the coffin was when my developer sent me a message telling me he saw a Terry Bradshaw ad on a news site. 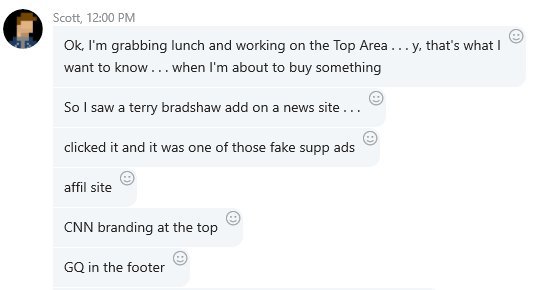 Ok, clearly something is going on here.

I started digging a bit further, and that’s when I saw it:

This ad is plastered all over the Yahoo news home page, and when you click on it you’re seemingly led to a page that looks like CNN.

I say “seemingly” because in fact it is NOT the CNN website.

But first, a little bit about Terry.

Does Terry Bradshaw Really Have ED?

Throughout this entire article (link to it here so you can see the whole thing), they specifically mention that he came up with this magic formula that helps to cure ED.

They quote him as saying the following:

I have made my research and spoken to specialists and industry insiders about the topic.” Bradshaw mentioned on the show. “And they helped us create this productVerutum Rx.

And mate can I tell you, this stuff is VERY potent.

First off, I highly doubt that he used the word ‘mate’. No one in the United States does that, unless they’re quoting a line from Crocodile Dundee. 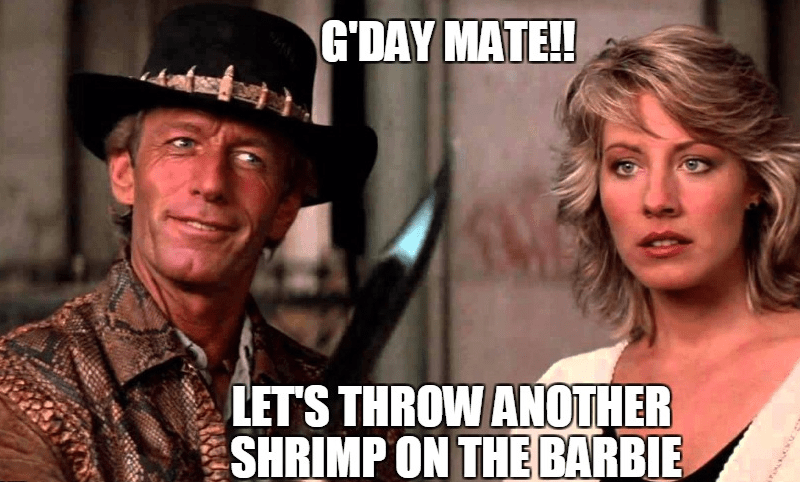 Second, if you search for that exact quote on Google, an interesting thing happens.

A totally different site shows up.

When you click on that site, the entire article quotes Denzel Washington as saying the following:

“Dr. Phil and I have done our research, spoken to specialists and industry insiders.” Washington spoke when he guest appeared on the Dr. Phil’s Show.

“And they helped us create this product TestoRev.

And boy can I tell you, this stuff is potent! 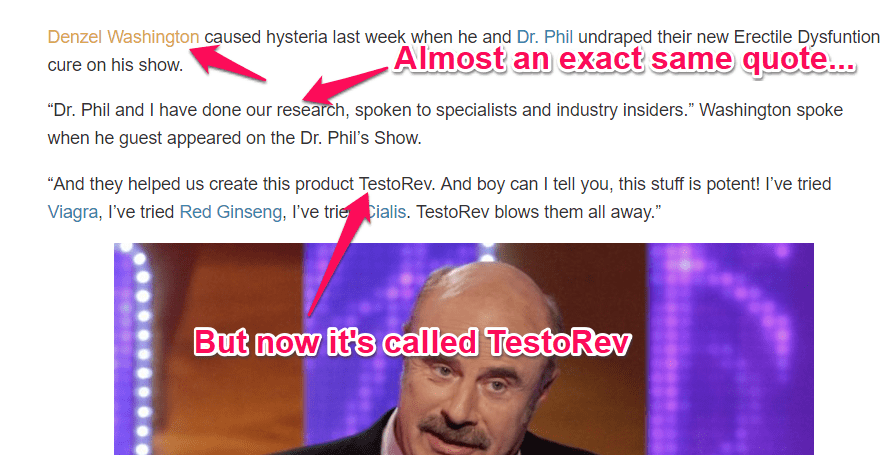 Related Article:Dr. Phil And Denzel Washington did NOT Create Some ED Pill

So WTF is going on here?

I’m getting a bit ahead of myself, we’ll get back to this one later.

Anyway, on the subject of Terry Bradshaw and his ED-killing miracle cure, apparently the makers of Viagra and Cialis were furious.

I mean, who would want anyone cutting into their multi-billion dollar profits with some cure for ED, right?!

It went so far that the makers of Viagra / Cialis “called for his apology and removed him from Match Of The Day”.

WTF is Match of the Day?

It sounds like some sort of sports show, but I’ve never heard of it here in the US.

Well, it turns out that Match of the Day is a show hosted on BBC.

I did a little digging, and it also turns out that Bradshaw has never even been on Match of the Day, much less hosted it!

In reality, this entire thing is a total sham guys. And I’m about to dissect it piece by piece.

To the untrained eye, this looks like a legit news article.

There’s breaking news stories appearing on the left hand side of the page.

The CNN logo is displayed prominently at the top of the page. 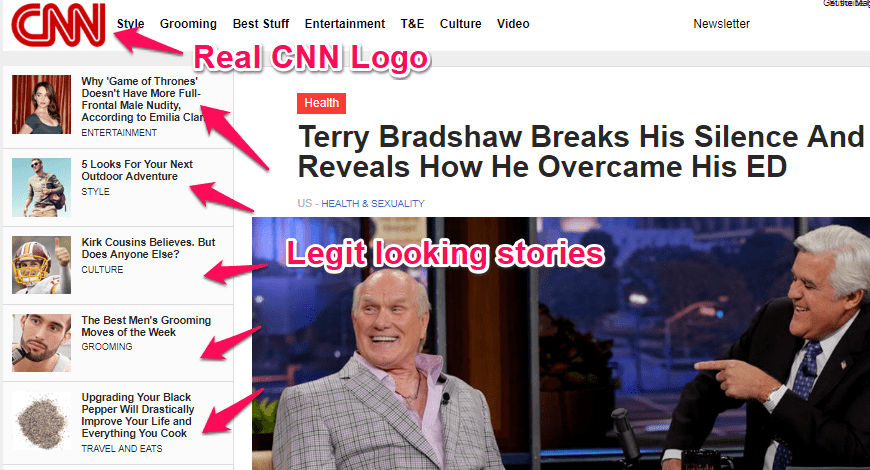 The problem is, if you look closely at the url in the address bar, it should say CNN.com, right? 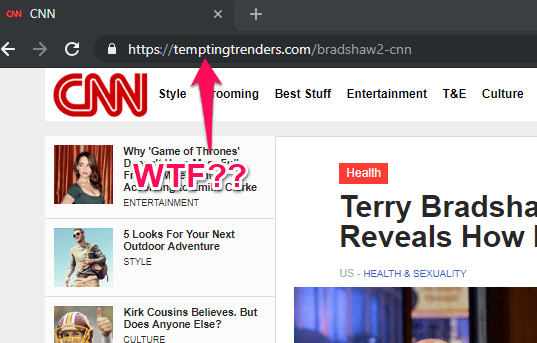 No worries, maybe CNN was just testing out a new url or something, right?

In the first paragraph of this “news article”, the author specifically mentions that Terry Bradshaw was on Good Morning America talking about his new ED product.

What is the name of that product?

Well, that depends on the day you’re looking at it.

The next day it’s Alpha TRT.

And just this morning it was Alpha Titan Testo.

So which one is it?

Well, I looked for the episode of where Terry Bradshaw was on Good Morning America, and the only one I could find was this one. 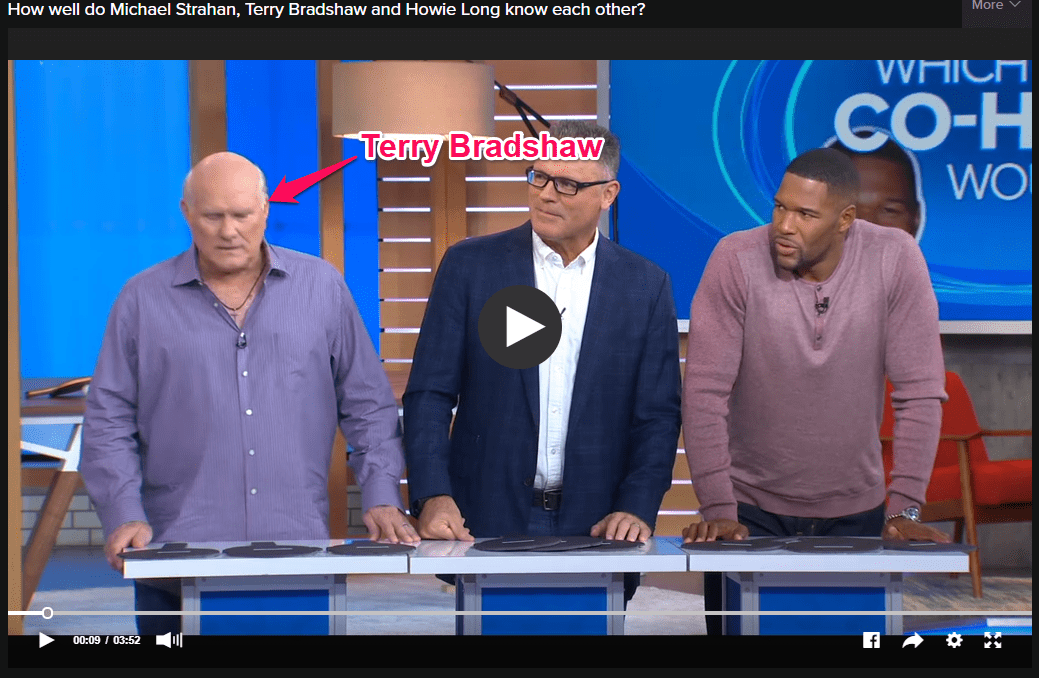 I’m gonna go into a ton more detail tomorrow on how this whole thing is a complete scam, but I’m really tired right now.

Check back by the end of the day and I’ll have the full scoop available!

Until then, I hope it is clear that people are the internet can and will go to whatever lengths that they are willing to go to and sell you on their product, even if it means lying about and imposing false endorsements on celebs who were none the wiser.

It is a common practice and this site alone has documented a slew of similar cases of scamming supplement companies.