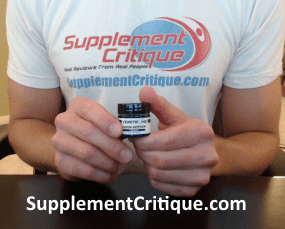 If you’ve been following my blog for any length of time, you’ll know that I’ve recently been testing dozens of all natural nootropic supplements. One recent one that I came across is a nootropic called Fasoracetam.

If you’ve ever taken Phenibut, I guarantee you would agree.

If you read about my experiences with Phenibut XT (one particular brand of Phenibut I used in the past), you’ll see that it ended up NOT being very pleasant.

Well, they were at first, but then things got ugly.

Long story short, I was taking Phenibut on a daily basis, usually about 1 – 1.5 grams per day.

Everything was going GREAT!

My sleep quality was improved dramatically, my anxiety pretty much vanished, and my libido was through the roof! 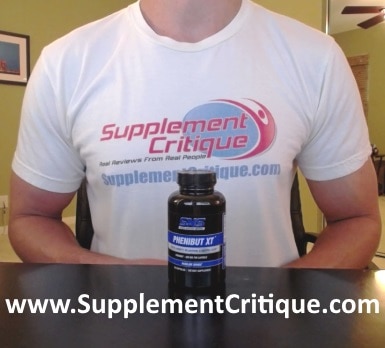 SNS (the guys who make Phenibut XT) state on the bottle that you should take a 2 day break for every 5 consecutive days that you take it, which I did.

I came to learn (a bit too late I might add) that THIS is total Bullshit.

You should NEVERtake it on a 5 days on, 2 days off cycle, as it runs the risk of some pretty serious withdrawals when you stop taking it.

Instead of doing the smart thing and titrating down on my dose, I quit cold turkey.

This lasted for about a week, and then things seemed to return to normal.

I waited another month or so and swore that I would only take Phenibut like once every other week or so, which is pretty much the schedule I still follow.

HOWEVER, I noticed that the next time I took Phenibut (after a one month break), it seemed to have lost its “magic”.

It no longer provided as much of a lowering of anxiety, music didn’t sound awesome like it used to, and it just overall less effective.

So I started looking to the internet for answers.

I’m not going to get into a DEEP scientific discussion on Fasoracetam, there’s plenty of other places for that.

My intention here is to give you an overall idea of what Fasoracetamis, what it does, my personal experiences, and a few popular questions I get.

To be quite honest upfront, VERY little is known about Fasoracetam. If you look at the Wikipedia article on it, you’ll see that it’s a bit lacking in detail, which is pretty unusual for Wiki.

WebMD actually has NO info on it whatsoever.

The website Nootriment.com has a pretty good description of it, but they stop short of presenting any sort of “personal” experiences with it.

You can also read the details and descriptions on the websites of those that market the substance, including NootropicsDepot.com and Ceretropic.com.

But let’s face facts, they can pretty much say whatever they want, just as long as they’re not saying it cures a disease.

Really, the only info that we have on Fasoracetamis pretty much anecdotal stories and experiences that you can read on various sites like Reddit, Longecity, and a few other forums.

Hardly very scientific, but unfortunately that’s all we have to go on right now.

From what I could gather, Fasoracetamis basically a racetam that has the following benefits:

That last benefit has actually been proven in a clinical study conducted in rats according to several sources. Because of its potential, it’s currently involved in some clinical studies in it’s treatment of ADHD.

The theory behind Fasoracetam is that it works by upregulating GABA-b receptors, which are the ones that are primarily affected by Phenibut, and drugs like Baclofen, Alcohol (yes, Alcohol is a drug), and GHB.

When you take one of these substances, it basically causes a down regulation of your GABA-b receptors.

To the laymen, it makes them less effective with each subsequent use.

I bought my first bottle of Fasoracetam from a company called Ceretropic, who markets a wide variety of other nootropics.

I’m at the point right now that if I take phenibut just once every couple of weeks, I STILL get a couple of days of shitty withdrawals. They’re not as serious as when I was taking it on a daily basis, but I can tell there’s a difference.

Usually the withdrawals don’t hit me until 2 days after I’ve take a dose, which is exactly when I started taking the Fasoracetam.

I took a 20 mg dose sublingually, and to be honest, Fasoracetam tasted terrible.

Imagine what licking a magic marker tastes likeand you get the idea.

For the first couple of minutes I have to admit I didn’t feel much.

Then, a wash / wave of clarity / calmness seemed to flow through me.

Quick Tip:Click Here to sign up for my free “Complete Guide To Nootropics” eBook. It’s packed with tons of info on Nootropics, and can be of great help if you’re new to this stuff.

It literally happened in a period of 5 minutes.

I basically no longer cared about the things that were unnecessarily bothering me. I didn’t feel overly emotional or euphoric, but I definitely felt a bit of a mood increase.

It can be kind of hard to explain things like this in a blog post, so to summarize, I felt:

Unfortunately, this only seemed to last for about an hour, so I re dosed another 20 mg about 2 hours after my initial dose.

It’s weird, because I felt the effects kick in again after a few min., but this time it seemed to last a bit shorter. My theory is that you can build a tolerance really quick to this stuff if you take it on a regular basis.

As with most other nootropics, the dose for Fasoracetam varies pretty significantly. I’ve read on some sites that you should take as little as 10 mg sublingually, to some guys saying they’ve taken as much as 100 mg in one shot.

In my experience, you should start with the lowest possible dosage and increase from there. 10 – 20 mg would be a good start.

When should I take it?

For me, it seemed to produce a stimulating effect, so I would definitely recommend you take it first thing in the morning on an empty stomach.

If you are already prone to that or are sensitive to the side effects, then I would recommend heeding that warning and avoiding further sleep problems as that is key to overall health.

Is there any withdrawal?

I’ve taken Fasoracetam on a few occasions, and I’ve never noticed any sort of withdrawal from it. Of course, withdrawal is always possible, but the vast majority of accounts that I’ve read have said it was safe to take.

I would expect that if there is even a possibility of withdrawal, that it would be the result of very long term use and that it could be curbed by tapering off of it.

How about side effects?

I’ve read through literally DOZENS of individual posts on Fasoracetam, and the primary side effect complaint seems to be headaches. Some people claim that it causes changes in orgasm sensation as well, but I never experienced that during my trials.

Can you mix it with Phenibut?

You could, but I wouldn’t recommend it, at least not on your first try. I’ve taken it with Phenibut just once, and I did notice that the phenibut seemed a bit stronger / similar to my first experience with it.

Note: Check out the Absorb Your Health brand phenibut (www.AbsorbYourHealth.com). It’s probably the highest quality Phenibut you can buy, and I’ve used plenty of different brands.

Can I mix it with other anti anxiety drugs?

Not recommended. Drugs like Xanax and Ativan already affect the GABA receptors, and you don’t want to overload your system.

Does it help with Phenibut tolerance?

In my experience, it seemed like it did. I’ve talked to several other guys who’ve taken it, and the VAST majority said they seemed to lowered their tolerance to Phenibut while using it.

Of course this could all be a straight up placebo effect, but the results sound promising.

Fasoracetams half life is VERY short, right around 1.5 hours according to several sources. Unfortunately, this means you’ll have to redose quite frequently to get any sort of noticeable effects from it.

Not even close, but there are some supplements that closely mimic the effects of it. I would also recommend against stacking Fasoracetam with Adderall, Vyvanse, or Ritalin, as it could potentially exacerbate your anxiety levels.

Where can you buy it?

I bought it from Ceretropic, who sells a 1 gram container for about $20. Powder City ( a leading nootropics supplier) used to sell it, but it has since been discontinued as of this review.

Pound for pound, Fasoracetam is REALLY expensivewhen compared to most other nootropics.

However, as time goes on and more retailers start carrying it, the price will likely decline significantly.

Can I buy it if I live outside the US?

As far as I’m aware, there’s no official ban on Fasoracetam in countries like the UK, Canada, Australia, and New Zealand. I visited couple of sites that sell it, and it appears they ship to almost any country, so I would imagine it’s legal worldwide.

In my personal opinion, Fasoracetam shows some SERIOUS promise. I’ve only take it a few times, and when I did, it seemed to mitigate the withdrawal effects from Phenibut very dramatically.

Could this have been a placebo effect? Possibly.

On it’s own it definitely seems to be a very powerful nootropic, and I would recommend it to anyone looking for an alternative to GABA type drugs.

Have you used Fasoracetam? Leave our review below!