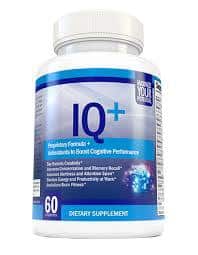 Home » Nootropics » IQ+ Review – The BIGGEST Reason to Stay Away

Professionals and college students all over the world are looking for ways to stay on top of their game, and this happens to coincide with an aging boomer population wanting to remain cognitively vital as they enter and move through their golden years.

As a result of this growing focus on boosting our brain power, new supplements appear on the market all time, each promising to give you results like the “Limitless” pill that made Bradley Cooper turn into a genius overnight.

IQ+ is one of these new brain supplements.

According to their website, IQ+ provides energy and focus while it boosts memory recall and helps you achieve the productivity you need to propel you toward your goals.

Of course, this is what they all promise, while very few products live up to the hype.
Let’s take a closer look to see if this one delivers. 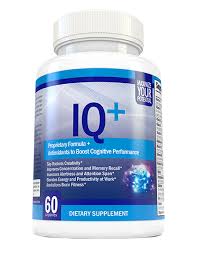 The makers of IQ+ pills designed a formula that starts with energy and springboards from there to unlock the full potential of your brain.

By taking this supplement each day, you’ll feed neurotransmitters in your brain with the fuel they need to work better and more efficiently than they have in years, maybe ever.

As a result you’ll see:

The effects are meant to kick in in about 30 minutes and last for six hours, during which time you’ll be able to get in the zone, ignore distractions, organize your thoughts, and accomplish your goals.

In addition to the short term effects, IQ+ improves the way your mind works over time by incorporating substances into the formula that have been provento produce more pronounced effects after building up in your system.

The website doesn’t display an image of the actual label and doesn’t provide a complete ingredient list, but it does give an overview of the highlights and how they may be of benefit.

Ingredient amounts are not listed, and this is really too bad.

There are scientific studies and recommendation norms associated with most nootropic ingredients, and the truth is it’s tough to know how effective an ingredient will be if you don’t know how much there is.

For instance, I’ve seen supplements with as little as 50 mg of caffeine per dose, or as much as 300 mg. This is a huge difference. 50 mg will give most people a bit of a boost, while 300 mg might have most people bouncing off the walls for 2 hours before hitting that wall and crashing pretty hard.

And on a related note, L-Theanine is best used at a 2:1 ration with caffeine.Without knowing amounts, we don’t really know if these two primary ingredients are being used to their best advantage.

How To Use IQ+

Instructions for use are not shared at the product website, but each bottle contains 60 capsules, indicating that you’ll take 2 a day, probably in the morning to avoid being prevented from sleeping by the caffeine content.

No significant side effects have been reported concerning this product, and judging by the ingredients listed, I would not expect any.

That said, if you have an allergy or sensitivity to a given substance, you may experience mild symptoms such as headache or nausea.

There is caffeine in IQ+, so there’s also the possibility of over-stimulation depending on how much is in a serving and how sensitive to caffeine you are. With that said, the addition of L-Theanine should keep any adverse effects to a minimum.

Where to Buy IQ+

The only place you can purchase IQ+ is at the official product website.

There are several different price points and some of the terms are pretty confusing so I’ll walk you though it.

If you just want to buy one bottle and see how things go, they call that the “Sampler Package” and the “1 Bottle Test Plan” and it costs $49.99 plus $9.95 shipping.But it’s not really a “1 Bottle” purchase at all.

By placing this order, you would also be automatically enrolling in a monthly plan costing $29.87 plus shipping each month.

This is also true of what they call the “Tier 2 Package”.With this choice, you’re buying 3 bottles outright for $39.99 each, AND signing up for the monthly plan at $29.87 as well.

You’ve probably heard or read about the “Free Trial Scam” offers that are all over the internet.If not, here’s a link to our comprehensive overview of what they are and how they work: Free Trial Supplement Scams – The Ugly Truth

The IQ+ offer is a little different, but not really any better; in fact it may be worse.

They don’t even offer the first bottle for free.

They charge you full price – even more than the subscription price – and STILL sign you up for monthly automatic payments.

And the notification about the monthly subscription is easy to miss. There’s no active sign up. It’s completely passive.

You clearly intend to buy a single bottle, but end up in a monthly contract.

If you opt for one of the more expensive plans, you won’t be signed up for the monthly subscription plan.

Here’s a rendering from the Terms and Conditions document.

Hopefully it clears things up:

There is a money back guarantee, but it only applies to unopened bottles, which doesn’t afford you the opportunity to try it before returning it.

They also will charge a restocking fee if you do return an intact bottle.

As is often the case with products that are only sold through their official website, there are no independent customer reviews to be found online. Many products will post testimonials on their website, but these are seldom reliable due to the fact that companies can cherry pick and even make up the testimonials they want to present.

Similarly, if you search google for reviews you’ll come up short. 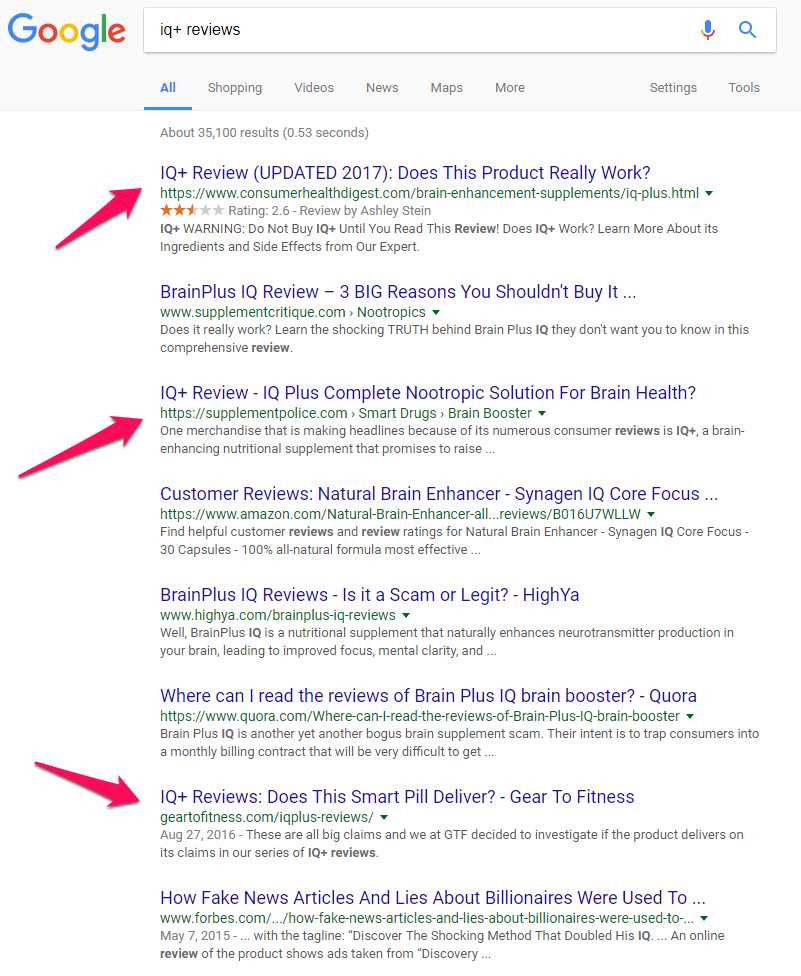 As you can see, the majority of the reviews are for a completely different product called Brain Plus IQ. (Which, consequently, you can see my review of it listed right near the top).

In the case of IQ+, there’s another source for reviews, but it took some digging to get to them.

The digging began with questions about what company manufactures and distributes IQ+.

When I started looking for information about the company behind IQ+, I had no idea how big of a job I was undertaking.

There seem to be connections to companies in several different cities, and in the end, it was never completely clear who was involved.

According to the Terms and Conditions document on the website, the company is called IQ+, and is located in Pendleton, Indiana.

When we entered researched this information at the Better Business Bureau website, a company called Nutra Life Brands came up as associated with IQ+, and with the same address.

This company has a rating of “F” based on a number of complaints (over 650) and bad reviews, and they appear to use dozens of aliases under which they conduct business. (Source)

Most of the complaints concern the shady billing practices employed by the company, and this is right in line with what we know about how IQ+ is sold using the deceptive signup for monthly payments and shipments.

The remainder are generally dissatisfied with the customer service provided. 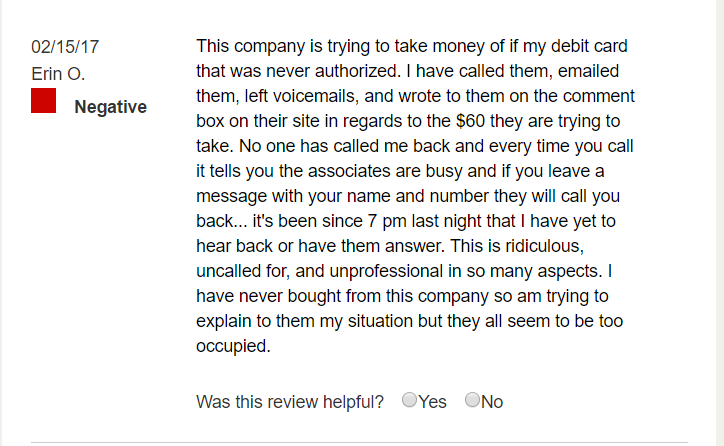 To be clear, these reviews are not directly about IQ+.They’re about other products sold by the same company, but they’re relevant in that they are about billing and customer service, which would hold true across products.

On the face of it, IQ+ looks just like most of the other brain boosting supplements that have come onto the market in the last several years.

Not bad, not great, but with the potential to boost energy and possibly cognitive faculties.

Unfortunately, we’ve seen no direct feedback about how well it does its job, so that aspect of things remains a mystery.

What we do know is that if you decide to order a bottle of IQ+ to try it out, you’ll end up with monthly billing you probably never wanted.

We usually see this kind of scam along with free trial offers.The fact that it’s a little different in this case doesn’t change the fact that they are signing a lot of customers up without full knowledge of what they’re getting into, and that this company has a reputation for very bad customer service.

I see no reason to recommend a product with such a huge potential downside combined with so little upside.

Have You Used IQ+?

He's not really advertising it. I would bet he's never even heard of it. This product is a scam that uses celebrities without their knowledge all the time. You can read more about this practice in this review and my article: https://www.supplementcritique.com/no-lebron-james-did-not-use-that-supplement/- Rob

2 comments on “IQ+ Review – The BIGGEST Reason to Stay Away”