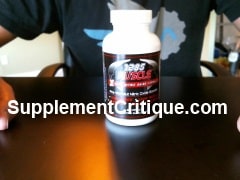 As I browse through the various social media sites out there (mainly Facebook), I can’t help but notice I am inundated with ads about these “so-called” miracle supplement combos. You know you’ve seen them. They usually start with headlines such as “2 Step Supplement Stack Boosts Muscle 700% – But Should It Be Banned?”, or “Weird Trick To Build Muscle”. The latest combo that I saw talked about a Pre-workout booster called 1285 Muscle, which can be combined with any number of other supplements like Hyper fuel 9x, Trig X2 (the most popular I’ve seen), and many others.

Click Here to skip to my personal review and results with 1285 muscle.

Instead of just trying to “guess” whether or not 1285 Muscle actually works, I decided to go out on a limb and try it out myself. While I didn’t stack it with any of the other supplements that I mentioned, I did take it for about 3 weeks and wanted to share my results here. First off, let’s talk a little bit about the supplements facts, and the hidden truth behind it! 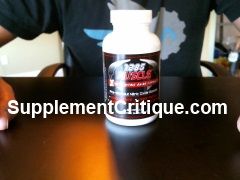 Designed and marketed as a “pre-workout nitric oxide booster”, 1285 muscle is designed to be taken daily and combined with a healthy dose of good old fashioned exercise for the best results. For those of you who are not already aware, Nitric oxide is actually a gas that’s naturally produced in the body, and is responsible for affecting the release of hormones and adrenaline (source: mensfitness.com)

The principle actuator of nitric oxide via supplementation is through the use of an all natural ingredient called L-Arginine, a clinically tested amino acid with potential for increased heart benefits. 1285 Muscle actually combines L-Arginine with several other ingredients, notably L-Citrulline, CoQ10, L-Taurine, L-Norvaline, Vitamin C, and Calcium.

We cannot find any information about the recommended daily dosage, but we do know that should be taken daily.

Where can I buy it?

The only place you can buy 1285 muscle is on their official website.

We searched supplement stores like GNC, vitamin Shoppe, and Walmart and could not find it for sale, neither on their website nor in retail stores.

Also, it only appears to be sold in the United States and Canada.

Any warnings or side effects from 1285 muscle?

We do know that it’s not intended for persons under the age of 18, and that you shouldn’t use if you’re pregnant or nursing.

We always recommend that you speak with a physician prior to taking any supplements.

In order to cancel, you have to call their customer service line at 800-780-2887. They will provide you with return instructions.

Is it safe to take?

Based on the ingredients list, it appears to be safe to take 1285 muscle, and there are no obvious health risks.

That being said, it is best to check with your doctor and to start off with the lowest possible dosage.

Any Other Guys Out There Getting Huge Results?

I looked around on a wide variety of forums like Bodybuilding.com and menshealth.com, and didn’t see anyone talking about using this supplement for great results. What’s interesting to note is that I found a couple of supposed “reviews” of 1285 muscle on Youtube that are clearly a paid endorsement. Check them out below:

Now, I’ve seen this “personal trainer” boasting about other supplements like NO2 Maximus, and he personally vouches for each of them. What you probably didn’t know if that this guy is a member of a website called Fiverr, where there’s others like him that will make a video review of practically any product for as little as $5!! Don’t believe me? Check out the image below… 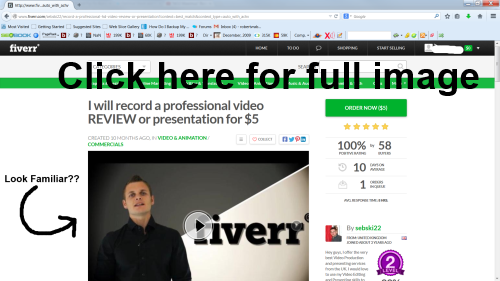 Food for thought….here’s another one… 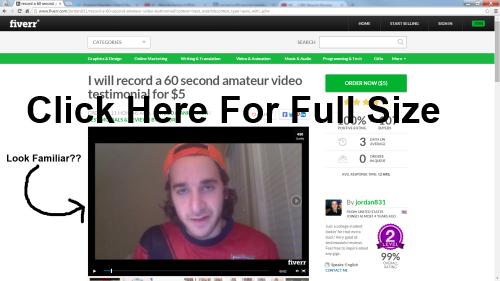 These guys didn’t use 1285 muscle….they were clearly paid (very little apparently) to “pretend” that they did.

Should I take 1285 muscle with other products like Trig X2, ripped muscle x, and optimal stack?

Personally, I don’t think it makes much of a difference.All of the above mentioned products are pretty much the same thing and are geared towards the same end result.

Was this product really seen on men’s health?

It was featured in it and news advertorial on a website that mimics the men’s health website.

It is in no way associated with men’s health, Maxim, Playboy, or any other news organization.

My Results With 1285 Muscle

I ordered my “free trial” of 1285 muscle on a Thursday and got it the following Monday. I started taking it the next morning, on a 2 capsule a day schedule. To make the test as legit as possible, I weighed myself that morning and came in at around 197 pounds, which is about 10 pounds more than I would like to be. I also didn’t change my workout routine up so as to not skew the results. I just wanted to see if 1285 muscle made any difference on its own.

After about a week I was beginning to think I was taking a sugar pill….I felt practically no change in my weight lifting or cardio regiment. I brushed it off at first, thinking it would take some time for the ingredients to “build up” in my system. After the 2nd week ended I was reasonably sure that this supplement was worthless, and I hadn’t lost a pound. Then, one day I was logging into my online bank account and noticed that I had been charged $89.99. Furious I called the company up and asked them about it.

I ended up getting through after a brief hold and asked them about that charges, to which they replied that I entered into some sort of contract with them to receive the supplements. I told them that the ad I saw talking about 1285 muscle was saying they were giving away free samples of the product, and they told me it was actually a free trial, and that’s why I was billed for it. After being given the run around for about 15 minutes stating that I agreed to their terms and conditions, I gave up and just told them not to send me anything else.

The FTC has a pretty good video of this “deceptive marketing” practice, check it out here.

Run. As fast as you can. Not only did this supplement not work, but I ended up getting charged almost $90 for something I probably could have found in my local grocery store for about 1/10th of the price. 1285 Muscle is a scam, and their affiliates deliberately try to coax you into buying there supplement by stating things like “The Rock” and “Ryan Reynolds” use 1285 muscle to get all jacked up. What they don’t make crystal clear is the fact that you’ll be charged an arm and a leg if you don’t cancel your trial order.

On top of that, I later learned that they have been enrolling unsuspecting victims into what’s known as an “auto-shipment / auto-rebill” program that faithfully sends you a new bottle of their supplement every month, and charges your credit card $90 every month! If 1285 muscle really worked as well as they said it did I “might” have considered sticking with it. But based on my results and the reviews I’ve been getting from other guys, it looks to me like it’s just a waste of money. Not to mention, there are dozens of other products out there that actually DO WORK, and won’t rip you off!

That is not only totally morally wrong, but it is also a great way to make a company look more like a criminal organization and prevent people from ever having faith in them again.

Auto rebill schemes happen all the time and unfortunately, as long as the internet is around and people are out there looking to buy products to increase their muscle gains, there will always be a new company to try and pull that same old scheme; don’t fall for it.

Have You Used 1285 Muscle? Leave Your Review Below!

This is a huge scam! I bought one of each on the "trial" and then get charged $89 and $99 because it is a 14 day trial and if you don't send products back you get charged the full amount and they will send you more products and those outrageous prices.  I called 1285 to complain and I was offered to pay half price or send them back for a refund minus a $15 restocking fee. The lady from 1285 helped cancel the XMR too!  I wish I could give a negative rating!!!

I saw ad for there product ..a trail of there product for $4.99..unaware that it was a fourteen day trial (wasnt told this)...I received another bottle for unknown reasons to me. After checking my credit card..I had been charged not only the original $4.99 but was also charged $89.99 after 14b days.  Then i was charged again for $99.98. I called 1285 Muscle and was told i agreed to all of this.  I tried talking to them and was told that I obviously didnt know anything about my own finances. They refused to help and put all the dispute on my shoulders as being my fault not theirs.  Do not do business with this company.. Product is a fraud and 1285 Muscle is a scam.  I only rate them a 0ne star because I have to so I can submit this review.

does 1285 cause me to give a dirty u.a. for my probation officer. -steve

None of the listed ingredients would cause a problem.- Rob