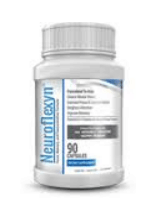 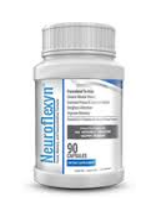 Before I tell you about the product I want to tell you about the ordering delays and problems that happened to me.They took my money by credit and they promised7 days. It took almost 2 months to rreceive the trial - as they call it.  After 2 days of receiving the product they sent the USPS tracking info which was useless at that point. Now about the product itself.  The label ingredients are printed so small you need a magnifier to read them. They recommend taking three a day at meal.  I assumed three meals a day = three pill times. I kept in contact with their customer reporting once a night about my experience while taking neuroflexyn.  They e-mailed me on the 3rd day to tell me to take all three pills in the morning at breakfast. I was wondering why the product wasn't working so I started the next day accordingly.  By the sixth night I knew for sure the product did absolutely nothing to me or for me. Tho seventh day I took three in the morning and increased the dosage throughout the day by taking 2 more - one at lunch & one at dinner - for a total of 5 in one day.  The product did nothing inside of me. I e-mailed customer relations one last time on the seventh night to tell them that this test was over and that neuroflexyn was pretty much worthless.  And at the time I was taking neuroflexyn I found an app that allows you to learn a new language for free. It wouldn't of been a true test if I did it alone so my girlfriend joined in.  She did not take the neuroflexyn because she has high blood pressure and neuroflexyn isn't recommended for people like her. By the of the week not only did not remember any of the Spanish but I was beat by my girlfriend who is 5 years older than me and never finished grammer school.  She is 50 years old and I'm in better health - go figure. After 2 days of not taking neuroflexyn they e-mailed me to ask if I was still taking the product.  They said that it works different for everyone and that I should increase the dosage I'm taking. I didn't tell them that I already tried that.  All I said was no I'm not taking it anymore. I was already ahead of them in that game.  I also told them that they don't have my john Hancock on anything positive aboutneuroflexyn. To the public: the product dodoesn't work so don't waiste your time or money.  Tom O'Callaghan. thomasdude45@hot mail.com.

I am prescribed ADD medications and was looking for a less intense daily alternative, so I bought neroflexyn. It's very mild almost to the point where you don't notice it unless you take it first thing in the morning.  I would use it with coffee and it worked a little better. Over all of your looking for something like adderall or vyvance then this isn't the answer.